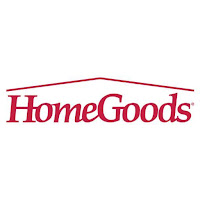 The Bay Terrace Shopping Center will be losing its Barnes & Noble bookstore, which has called the Bayside commercial center home since 1993.

In its place, Bay Terrace owner and caretaker the Cord Meyer Development Company has signed with HomeGoods store, a company owned by TJ Maxx, on a new lease, but said it could not disclose the exact timeline of the move.

The new HomeGoods store should be expected to occupy the 25,000-square-foot commercial space by early 2016, Cord Meyer Leasing Assistant Joy Mangone said. Renovation of the space is not expected to incur any major reconstruction at the shopping center.

Barnes & Noble Vice President of Development David Deason said the decision to close was beyond the company’s control and a matter of cost for renting the space.
Posted by Queens Crapper at 12:44 AM

Home Goods is going down the drain too. Poor quality merchandise . Same goes for TJ Max and Burlington coats...

Home Goods....eh?
Pseudo class furnishings imported from China made by workers getting ten cents an hour.
Then they are sold here for.....how many times that salary?
Though still a bargain , compared to real luxury goods, it is elevated crap.
Then what they can't sell there goes to T.J. Max for discount clear out.
Mao Tse Tung was right about occupying Anerica without firing a shot.
Economic competition. But isn't that really
capitalism?
You betcha. I always sIad that if you scratch a Chinese, you will find a capitalist hiding under all that communist plating.

Rent gouging put B&N under.
They are in business as booksellers...though the market is dwindling to tablets.

Cord Meyer is in the real estate business...property pimps....who market their square footage like a good looking whore....for the most that they can get.

Huge rent hikes happening all over. A worker, or mgr in Bowne Park Deli told me the Landlord of the Dry Cleaners next door is asking $2400 per monththats why the cleaners went out of Business June 20. My guess it will be empty indefinitely unless landlord lowers rent drastically.

Maybe they will have a mini-Starbucks inside it...

HOMEGOODS--- unique shit all made in China. If hell for is having to go to Ikea with your wife or girlfriend then we have a store for you.

I don't like this trend at all. If the Manhasset
and Carle Place store (which is the better local B&N
superstore location on LI) both close later on,
we'll have no bookstores of any worth whatsoever
on LI, nearly, minus the indie Book Revue in Huntington.
Sometimes the past eight years in particular, B&N
and certain record stores have fairly saved my life
or sanity from total boredom or stress, anxiety, etc.,
in many instances.

I was angry enough that Tower, Borders,
and Virgin Stores all closed. And who the heck from
Queens or LI (especially way out east) treks to Brooklyn
for the hipster world bookstores and record shops,
anyway? Not many, I guess. I have a car and I barely
venture into those areas at all cause it's such a royal
pain. Manhattan is another story entirely. Still has some
bookstores to recommend it but it's expensive as can be
and it's only good if you live there or commute all the time.

If we lose all of these places,
we've got no respite from how godawful dull life in
NY and LI is now. Staring at screens all day long is
not healthy, you have to get out and do things once
in a while, even if it's just browsing books or having
a coffee at B&N or buying a magazine. This is the worst
imaginable situation. The 21st Century sucks. I wish I could
go back in time to the 80s, cause I cannot stand how
things have turned out. There's nothing about this or the closing
of the Forest Hills store, to be at all celebrated.
We have a Home Goods in Port Washington, who cares.
We don't even have a bookstore or any other bloody thing,
given the whole place is a right wing fascist cop land of
total s--te. Closed minds and retards. And it's only going to
get worse. If only Orwell was around today, he'd not be surprised.
He'd probably hang himself, forthwith.

I've been at all of these Queens and LI B&Ns the past few years,
often, and I also notice that most of them are popular with the
parents and kids, and I hate to see the looks on those poor kids
faces when they're told that there will be no more bookstore
for them in places like Forest Hills, or Bayside. It's ghastly
and sad. I also notice tons of small businesses all over LI and
Queens STILL closing even eight years after the whole downturn!!!
Can this all be greedy landlords, or are things still that wretched?
I'm betting it's basically, both. The landlords are total bastards
and the economy is NOT getting better, and it's almost impossible
to run even a B&N and make a profit now, plus the rents in NY are
astronomical anyway. The only reason the Strand in NYC is even still
in biz is online and the fact that they own their property and buildings!
Otherwise, bye bye. There's a few indie record shops in NYC that I honestly
don't know how they're even still open, given the rents
and current trends. Even KIMS E. Village closed!
Bedtime for our Culture, what's left of it. Goodnight. Goodbye.

Oh, and by the way, who the hell picks up married women in B&N "oh madam, I'm a total Star Wars geek that lives in my parents basement in Whitestone, and I was admiring you from across the aisle....noticed you were reading 40 Shades of Nonsense...bla bla bla Can I drool on your cleavage?"

Awful news I guess Hooters fell throught...No more walking distance bars in that area for Monday night footbal. This is so sad how Queens culture is really going down the toilet fast.

Did Queens really have any culture worth a damn to beginn with?
I never saw any that could beat Manhattan. That is why we al ways went to "the city" for entertainment and museums since the 1950s.
Get over it. Go to Manhattan where it's all happening. Queens is a dormitory backwater.

""Go to Manhattan where it's all happening""

And do what, ride the subway to spend $120 $500 to have a night out in that Disneyland freak show ?
Nope, not for most of us
All the affordable stuff to do in Manhattan are GONE!!

Queens was a nitty gritty "bar culture" where people actually talked to each other and discussed the "pulse" of the community. For example Christmas time we would go to Connolly's or Patrick's Pub for Irish coffees--Now ones a bank where the illegals send money to Mexico and China and Connollys was a plowed lot last time we checked. Queens had a huge culture.

The culture of going to the TE-AMO and buying The Girls of Penthouse!
Now that's real culture. Circa 1983.

There are lots of almost "free" attractions in Manhattan, you backwater dope. The Metropolitan Museum of Art, for example.
Although they have a sign that says "suggested donation" you can pay what you want. It is a public musem. If I feel generous I give them one buck. Otherwise stay in your log cabin Mr. Bunker or get some gumption...earn more money....and move to Alaska.
You bitter old goombahs really rile me.

The Olde European learned Jews are vanishing in Bayside. Temples are closing. It is no longer a.schtettle.
Who reads anymore, except on their tablet? Moses himself would have streamed the commandments to everyone's smart phones.
Too bad. I love printed material you can sensually thumb through. We are losing our humanity, step by step.
Phone sex is becoming the only safe sex. I think I'll sext someone later. Maybe Anthony Weiner can give me some "tips".

Do not worry, pal, about losing "humanity".
As long as there is a desire left anywhere to insert tab "A" into slot "A"
we are all safe. Orgasm, optional.

Damn! I picked up at least two unhappily married women there.
All that old hamisha jade will move over to Applebee's. No free pick up lines there.
Drinks cost a bundle for what crap they serve.

An ode to Gutenberg

Ahh, the texture of moveable type....
the smell of freshly laid ink.
Now we have pixels....
oh, how it all stinks!

Why the F_ would anyone go to the Metropolitan Museum of Art ?
All that free stuff in Manhattan is meaningless useless your some crackpot bohemian or west village type who likes that.
Don't need to see statues or paintings of naked people, We have the real thing in Times Square and Queens if you like that.

I wish I could find a good old TE-AMO or beer distributor!!
Does anybody know how hard it is to buy a cigar, re-issue or pack of Schlitz (original Brooklyn formula) or find a good old Chock full o’Nuts (I haven't seen in years) in Queens, Brooklyn or New York ? Whats happening is a dam shame. Hell you cant even find those big soft salted pretzels anymore JUST TRY !!

Rather have something like a target there instead of this home goods crap.
bn on austin st is going to be replaced by target..that will be crazy due to traffic and lack of parking..
it make more sense to target here since parking is plentiful. what are they all thinking.

Oh come on...stop complaining. You'll be the first ones to visit the store!! LOL