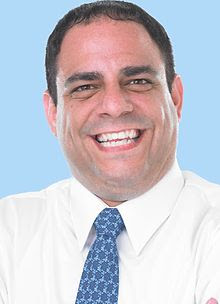 Western Queens officials and community members are dreaming of an evening walk along the waterfront from Astoria Park to Socrates Sculpture Park.

City Councilman Costa Constantinides (D-Astoria) touted a plan to revitalize the shoreline Saturday during a festival held in conjunction with the Waterfront Alliance at Hallets Cove playground that would use allocated funding for projects along Astoria Hallets Peninsula.

The plan would include adding a new eco-dock, a floating dock that allows for various vessels to pull up to it, similar to the one already in Bay Ridge. The dock could include a kayak launch and would provide an educational opportunity on the local ecosystem. The proposal would also allow for an upgrade to Hallets Cove playground. He said adding Citi Bike to the area is also on the wish list.

Constantinides said he and Borough President Melinda Katz each allocated $1 million in this year’s budget, fiscal year 2016, for the projects, so that $2 million is “already secure,” he said. The Hallets Cove playground renovation has an additional $1.2 million allocated, $1 million from Katz and $210,000 from the councilman’s discretionary budget.

We know what this is really about.
Posted by Queens Crapper at 8:04 AM

I wish that I had the contract for the new eco-docks!

They are worried about the non-existent traffic on Vernon, while the rest of the district is getting strangled.

They are taking our taxes we pay for OUR community and giving it to developers to build NEW communities.

Vallone was a creep. This guy is just a jerk.

that picture is going to come back to haunt him.

We all know who's lining this Greeks pockets. Go ahead. Keep selling Queens down the river just like the rest of 'em.

Greek Crook Coastas bankrupting us as Greece. No better than Gennaro.

If that isn't one grand shit eating grin, I have never seen one.