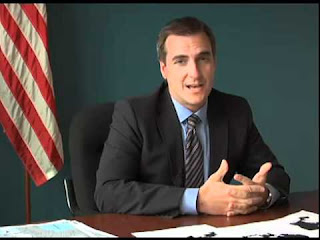 Lamenting low turnout and registration rates in last year’s elections, the Democrats appeared on the steps of City Hall with various advocacy groups to push their “Voter Empowerment Act.” The measure would coordinate the state Board of Elections with the Department of Motor Vehicles, Department of Education, Department of Labor, Department of Military and Naval Affairs and the public university systems to identify New York residents qualified to cast ballots and then place them in the voting books.

“This would just involve government agencies themselves communicating amongst themselves information that they already have, to make sure that people who are eligible to vote can show up on election day and vote without having to worry about deadlines or any other arbitrary rules and to be part of the process,” Mr. Gianaris said, noting that in 1974 5.5 million people voted, in contrast with 3.7 million in 2014—a decline he blamed on the onerous paperwork involved in registering to vote.

Onerous paperwork? It takes 5 minutes to fill out.
Posted by Queens Crapper at 12:42 AM

The no. of ineligible voters would skyrocket under his plan. Just think of how many people get called for Jury Duty that aren't citizens of are convicted felons.

Glad to see this man do something besides harvest money in campaign donations for his party bosses and be pictured ad nausium in the local press with his vacant smile standing next to a stop sign.

For the life of me cannot think of a single useful thing this guy does.

Hey, you stole my material!

come on guy, fewer are voting because our politicians do everything they can to make the process as meaningless as possible and presenting a list of no-accounts that only know how to follow orders.

The voter registration form is hardly a difficult form to full out.

I will vote when there is someone worthy of it! The choices we are left with are disgusting!

actually came from the Presidents home town of Chicago where more dead people vote than live ones.

And we cannot forget:

I hate all politicians but I still vote! It's come down to "who's the lesser of the two evils" though! Which is quite sad!

As George Carlin said - voting is an illusion of choice.
Right. Diet or regular, some choice.

You can lead a horse to water but you can't make it drink.
Could some smart person kindly advise these 2 fools what that quote means and how it applies to what they want to do!

He's getting instruction from his dead guru Sri Chinmoy. or is it the bag boy on Parson's Blvd, Ashrita Keith Furman?