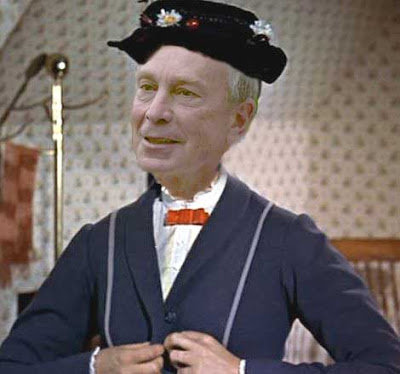 And that's been the problem with Bloomberg's wiser-than-thou, “purple party," Philosopher-King approach to governing: an often inconsistent, hypocritical disconnect between the way he wants us to conduct ourselves, and the way his own administration handles its responsibilities.

Even before the Bloomberg L.P. lawsuit hit, the mayor had begun sounding not caring, but cranky. He told us to “get real" over just about everything - power failures, crowded subway trains, surveillance cameras. While Queens sweltered during the 2006 blackout, he scolded us for not conserving energy, then defended Con Ed officials who couldn't get the power back on.

Yet, even as he grew more strident with the public, the more muted his passion seemed when it came to the bread-and-butter of the mayor's job - to manage city agencies on which everyone depends to safeguard the daily welfare.

And how about safe buildings? Amidst unprecedented development in every borough, the under-staffed, morale-impaired Buildings Department often seems the last to know of dangerous conditions at construction sites.

How about this one from July? Should Nanny Mayor Mike be Commander-in-Chief?
Posted by Queens Crapper at 1:27 AM

The image of his highness
the Duchess of (New) York
serving tenure as an eccentric, stern, slightly senile,
English governess/nanny
running a tough in your face metropolis!

It's only the fact that he's a billionaire
and purchased his office from piggy bank money
that he's at all taken seriously.

With money ......the mayoral/royal title.

might well be the title of our fairytale
(no I didn't imply that he's gay) "mayor"
stepping out of his drawing room onto the mean streets
in a feeble attempt to deal with the realities
of a tough urban world !

I'll bet they used to beat Mayor Mike up
for his lunch money
in the school yard when he was a kid .

Anonymous said: "I'll bet they used to beat Mayor Mike up
for his lunch money in the school yard when he was a kid."

This beautifully captures the essence of this dull-witted, humorless little man.

His harassment of employees and firing of pregnant women and other ill people is probably a product of a long time burning resentment of ordinary people. A woman getting pregnant apparently demonstrates that she must have some loyalty to someone else - perhaps a husband, and will soon have loyalty to the child.

That would explain his command: "Kill it" to a subordinate who got pregnant. An infant is a rival.

And that would explain his bringing down of city government onto a 6 year old girl who was drawing on the sidewalk with chalk. Like the king he sees himself to be, he sees the chalk drawings (without his permission) as defacing "his" city; disturbing "his" view.

This also explains why city agencies are out of control. With the new Stalin, the agencies and their staff are to devote all time and attention to his pleasure.

To retain the subordinates' loyalty, the Commissar will not dismiss them no matter how poorly they handle city business, so long as they handle his business to his satisfaction.

This Commissar Stalin is, indeed, dangerous.

Rank hypocrisy. You JPCA lickspittles honor the man, then when he doesn't goosestep to your whims, he's persona non grata.

Take a good look in the mirror.

This was written by someone at the New York Post. I know reading comprehension isn't one of your strong suits, but come on.

will say this much. If Mike was C&C the war would be costing us a lot less. The guy is such a financial wiz he might even be able to make it profitable somehow.

Well at least he doesn't steal from kiddies baseball fund, or get drunk and take a car on the road, or throw coffee at people, or sexually harass women, or go out drinking and take a woman back to his office for sex, or ....

Sell out his community for major demage for a few thousand dollar in campaign funds.

Mayor Mike "goose steps" just fine....
he's used to it "anonymous #2".....
when he's not busy doing the tango in a skirt
with C.M. Gallagher behind closed doors!

He prefers a red rose clenched in his teeth
for the full romantic effect!

Anonymous said...
"will say this much. If Mike was C&C the war would be costing us a lot less. The guy is such a financial wiz he might even be able to make it profitable somehow."

Who says that he's such a financial wiz? The only "wiz" he is we normally call "piss".

Read up on this "wiz'" sexual harassment suits (more than 2 dozen that we know of); his command that a newly pregnant woman "kill it", because it would "interfere with her work".

He "managed out" older and ill employees.

This guy is nothing more than a rich, savage punk, who has no boundaries. With no self-imposed ethical restraints, the world's his oyster.

A financial wiz? Not on a bet!

And, if he ever were Commander in Chief, the first move he'd make is to surrender and sell out our soldiers.

Is that making a profit? All depends on your own morality.

All I know is one time when I was trying to take a nap on a hot summer day this year, I couldn't sleep with the goddamn Mr. Softee jingle going on and on and on and on. I had to get up, put on my pants, tie my shoes and tell that son-of-a-bitch to shut that f____g racket off - it was now against the law. Finally, finally I could get some rest.

But you know, in order to get rich in this corrupt world of ours you sort of have to be an unethical SOB who doesn't give a s*** about anybody and is ready willing and able to trample on people who interfere with that ambition.

Like the saying goes, nice guys finish last, which is why I personally will never be rich, most likes, but at least I'll have my integrity in tact, which is worth something, I think?

When I look down at the avalanche of bills that continually keep piling up I sometimes wonder.

For the record, I like Taxpayer's nickname "Scrooge McTurtle" for Bloomie as opposed to "Commissar".