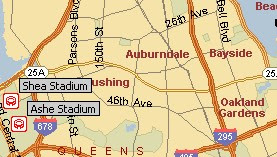 The Auburndale Improvement Association, the oldest civic association in Queens County, has been actively lobbying the New York City Planning Commission for contextual rezoning of the Auburndale community for the past several years. Although we have received assurances from representatives of the commission that Auburndale would be rezoned, there has been no progress in even beginning the process.

As the zoning and housing chair of this organization, I have witnessed firsthand the effect that this inaction has had in Auburndale. Since some surrounding communities have been contextually rezoned, certain developers have zeroed in to the Auburndale community to take advantage of its vulnerability, by constructing out of character buildings and multi-family structures that overpower the existing housing stock. Large areas of this community are currently zoned with designations that permit too dense development. This affects the quality of life in these areas and puts severe strain on the infrastructure. If these areas were zoned with the appropriate zoning classification, the overdevelopment problems would be mitigated.

In 2005, we were promised that the rezoning work would begin at the beginning of 2006. That did not happen. Then we were told that we would have to wait for the Douglaston-Little Neck rezoning initiative to be passed. It passed. Nothing happened in Auburndale. Next, we were told that the Jamaica Rezoning plan was taking up the time of most of the Queens office of City Planning. That plan has now passed. Auburndale still waits. Other areas of Northeast Queens like North Flushing, Oakland Gardens, Hollis Hills and sections of Bellerose also are waiting to be rezoned.

At our regularly scheduled association meetings, the question of rezoning frequently comes up. People want to know when their turn will come. Many are ready to volunteer to help survey the community in order to assist City Planning with the task of rezoning. Copies of these letters were sent to all local elected officials. And still no progress toward rezoning.

The time for action in Auburndale and the other non-rezoned communities is now, before they become completely unrecognizable due to inappropriate development.

Henry Euler
Auburndale
Posted by Queens Crapper at 12:34 AM

Pushing development from your neighborhood to mine is no solution.

And I have plenty of caffeine and am fully charged!

Granny? Did somebody say Granny?!

I feel for the people of Auburndale. In addition to the piles of crap there are those who are situated where all of the automobile service centers have popped up all over the place in recent years. It has made life a living hell for so many people in Auburndale.

Sorry Astoria.
I though it was a smoke signal
from the western frontier again.......
the builders' wild west.

There are a lot of Greeks building and living
in Auburndale.

Is "eamallc" suggesting
that they are creating these problems here ?

Hellenic culture has been respected
for thousands of years all throughout the world.

I hope that nobody
will allow their criticisms of Auburndale's current woes
to descend into the murky depths of bigotry.

That doesn't answer our concern. This downzoning effort by neigbhorhood piecemeal is ad hoc half-ass and stupid.

So you can get downzoning? They guys next door get the development, and your electric grid/schools/sanitation, you name it, are still overwhelmed.

Even if you get downzoned, the developers will make your work all but pointless with spot zoning exemptions. And enforcement? What a joke.

People have difference access to power. Maybe your community has this. Good for you.

Its clearly known, however, that other areas are targeted for development, and its impossible, with the resources at hand, for these communities to get downzoning.

The only way this downzoning to work is for everyone to enjoy it.

Like the fatal flaw of the landmarks law, which will someday get overturned because it disses poorer communities, if areas only with 'juice' can get downzoning, then this downzoning effort should be overturned as well.

And I bet someone will try it. And for you guys that think you can push development onto us, you can take it as a threat that we will push back.

You can bank on that.

it would be cool if Greeks still worshiped the old Gods like Zeus and Poseideon. I've always liked those gods which had such colorful and unpredictable natures. There were some pretty hot goddesses too like Pallas Athena. Vavavoom! (No disrespect intended.)

It's very sad when our elected officials don't realize who actually are their bosses. We are! The voters of Queens and NYC. There are far too many special interests groups that donate thousands and tens of thousands of dollars to their re-election campaigns. They owe much to these contributors. The ordinary American constantly gets short-changed. What we really need is middle class America to awaken and push for public funding of all elections from the lowest position to the presidency. Then even a dime given to a political campaign would be illegal. Wouldn't it be great if ugly, poor yet highly intelligent people won election to local, state, and federal positions. Wake up America, it has been estimated that a billion dollars will be donated and spent to elect the next president. Enough is enough!