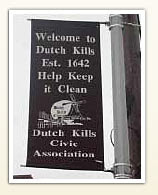 Marykate Zukiewicz, from City Councilmember Eric Gioia's office, told the meeting she had been talking to a Department of Buildings official about a few construction sites in Dutch Kills, being concerned about some of the things reportedly going on at them. At 38-30 28th St., for instance, work was being done well below ground and at night. The DOB official told her that the department was dealing with the developer about the excavation, but would not disclose details.

And what kind of follow up did the Doorman do?

[Megan] Friedman told [John] Young, Penny Lee and Joy Chen, also of City Planning, that there were nine hotel construction sites in Dutch Kills at the moment, with four others that could be added to them. Friedman said that Lee was shocked that the number was so high.

...by the time the new zoning is finally in effect, Dutch Kills will be overwhelmed with one hotel after another, each of them being perhaps 10 to 16 stories tall.

Excellent. We'll be able to house a lot of homeless families there.
Posted by Queens Crapper at 12:11 AM

Maybe when "doorman" Gioia
is finally railroaded out of town
for doing a piss poor job and out of work....
that pig may find himself a homeless resident
in one of these new hotels!

Of course the city will still be picking up his tab !

Homeless families and dorms for 'guest' workers and 'students.'

Can't you just see a bunch of these guys watching the traffic go across the bridge making calculations on the number of vehicles and trains and ....

Well, hell, millions of people travel through that bottleneck every day.

Look those guys in Dutch Kills Civic were members of Queens Civic Congress.

They are almost the only group in QCC that came out in favor of this stupid plan.

My big question is why the folks at QCC did not wise them up?

Thats easy. The fact is that QCC was so busy in downzoning eastern Queens, and interfering with western Queens folks that tried to stop this disaster in the making, that they got what they wanted: pushing development into western Queens.

Now lets seem them reap the harvest they have sown.

Thank you to Eric, and Peter, and Michael for this one. Now we can understand why you blaimed Con Ed and not development.

I remember picture after picture in the paper of you guys at Dutch Kills events with a certain vacant looking Dutch Kills local standing among you.

You all were grinning from ear to ear.

The real culprit is a certain CB1 member who likes to stay in the background. No surprise, CB1 is the community board from hell.

No.....
I think it's really
Northeastern Queens Civic Congr-ASS !

That's where it's past president
that do-nothing Sean Walsh lived!

H-m-m-m....now we're getting Corey Berak (?)
that bloated behemoth of all do-nothings.

That organization will be dying shortly....I think....
under his "directorship".

Hey, Penny, nice deal. We get you plumping for the developers in Queens.

I bet where you live you can walk to the waterfront and see a park.

But, we are stupid people in Queens. We believe everything the poltiicians tell us and everything we read in the newspapers.

We are used to people telling us what to think.

Even those who resist have a price to cooperate.

Nice work ... on a salary paid by our taxes.