Mixed use project for Downtown Jamaica 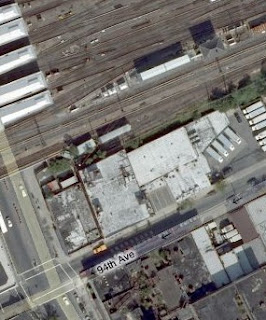 "Found this article on GlobeSt.com. Keep up the good work!
Here is the link and the text:

JAMAICA, NY-A consortium of developers is planning a 929,000-sf mixed-use center in the downtown area of this Queens neighborhood. Called Techno Mart Queens, the $260-million project will have 172,000 sf of retail on the first three floors, while the remaining 10 stories will house a wholesale-electronics merchandise mart.

The development is going up on the site of a former meatpacking plant on Sutphin Boulevard. It will also be next to the AirTrain shuttle at the Jamaica train station, which transports travelers to John F. Kennedy International Airport.

Techno Mart Queens is part of an "airport village" that they are envisioning, says Carlisle Towery, president of the Greater Jamaica Development Corp. The center is expected by local officials to employ about 3,000 people.

Prime is modeling the center after a similar development in Seoul, called East Techno Mart, which it constructed in 1998. The company is working on a second development in that city and has plans for a fourth, in China."

Here's more from the Daily News
Posted by Queens Crapper at 12:30 AM

{Gird your loins for the Bell 1 year shooting anniversary at the end of November.)

Carlisle Towery......what a name!
He sounds like the whitest "White Man"
that the local LDC could come up with!

What does he really do ?
He's held his post for years.

Is there any REAL
African American representation
in all of this Jamaica "renewal"?

I must point out that this story was broken in the PRESS of Southeast Queens last Friday. Let's give credit where credit is due.
www.queenspress.com

Why would we give credit to the Queens Press when the article linked to on Globest.com came out a day earlier?