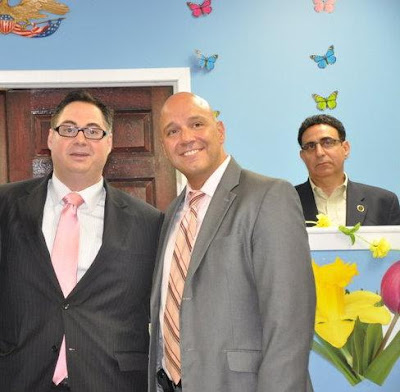 Paul Vallone was the only CD 19 candidate to challenge his opponents' petitions - he sent party man John Dorsa after Graziano, Voskerichian, Shafran and Duane. None of the other candidates challenged Vallone's or each other's petitions.

Someone is very nervous.

Then we have his big brother...

State Senator Tony Avella is accusing Councilman Peter Vallone Jr., a rival in the race for Queens borough president, of repeatedly "bullying" and "threatening" him in a push to get him to drop his bid. 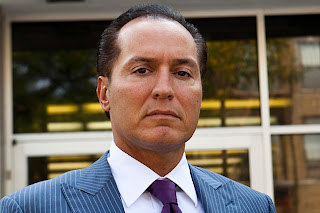 "Personally, I think he's a bully and a coward and afraid of having me on the ballot," Mr. Avella told Politicker today, claiming Mr. Vallone has tried several times over the course of the election to get him to leave the race. "Let the chips fall where they may."

Mr. Avella and his campaign claim that a Vallone staffer called Mr. Avella twice yesterday to try to make a deal with the senator to duck out of the contest. According to sources in the Avella camp, the staffer called in the late afternoon to offer Mr. Avella an ultimatum: Leave the race or be kicked off the ballot.

"They said, 'We're at the BOE looking at your petitions, we see lots of problems. We can make you waste your money,'" the source said. "They wanted to make a deal, but Tony wouldn't talk to Peter."

A general objection was filed today against Mr. Avella's petitions from a woman named Rebecca Piniero, who is unaffiliated with the Vallone campaign.

But the Vallone campaign vehemently denied any threats had been made.

People unaffiliated with campaigns file objections all the time, don't they?
Posted by Queens Crapper at 12:19 AM

Total disclosure crapper - some people directly associated with this website sign Graziano's petition and/or contributed to his campaign. No?

I think some of the comments here yesterday and earlier made lil Pete hit the ceiling.

He was coddled in Astoria. A community board that now is parodied with its on joke website, a local Astoria paper that runs his press releases as news ran two big stories last week of his brother ... in Bayside as if anything that might be covered in Astoria is not important.

Even the local blog with his community's name generally does everything to encourage locals to vent their ire anywhere but where it is due: lil Pete.

Noisy restaurant? Got a gripe? Call 311, bring your own lawsuit or move away but for God's sake don't hold lil Pete accountable or responsible for anything. Its always someone else's problem or fault.

Development that the community cannot handle? No discussion. No information. Lots of hot dogs and candy to keep the gullible happy.

Everything goes way. All the time. Our own home grown good ol' boy.

Now its a different world and he is unhappy. He has to face the real world outside of Vallonia.

Hell, all Tony needs to do is send his minions into Astoria to take the lid off the pent up anger.

All they have to do is ask questions and encourage the local peasantry to freely express their opinions.

What that would do to lil Pete's rep would make things a cakewalk... for Tony.

a lot of people who contribute to this website are supporters of Graziano. he's the anti-overdevelopment candidate. hello?

I have no idea who signed his petitions. As for contributing to his campaign, "All that information is on the Campaign Finance website" There, I answered your question like Paul Vallone would.

That group photo looks like a scene from "Ghostbusters"...

The Vallones are not used to running in competitive campaigns. They have had everything handed to them since they were children, so they have to try to used underhanded tricky to bully people around.

Why wouldn't you just allow whoever wants to run be on the ballot and may the best person win? Because you're a Vallone, that's why.

Actually, the County pick usually targets one or several of the most powerful challengers or focuses on the weakest person in the race strategically. I can't remember the last time that ALL of the candidates were challenged by County.

Says a lot, and it will cost Vallone big time. The public doesn't like it when a candidate tries to do an end run around Primary Day by bullying all of the other candidates in the race.

I thought Harold Ramis had aged...

Harold Ramis has aged. Albeit a lot more gracefully than Apelian.

You f*ks act like this is some juvenile game, a big freaken joke on the rest of us.

Cannot wait for the day we can figure out how to get sh*ts like you out of the process.

I've always thought about Apelian ass whining about how everyone loves Raymond.

If I had your la panza...I wouldn't button my sport jacket.

Do we know if Rebecca Piniero exists in Queens County, the State of New York or the U.S.?

I did not come up with anything to support that she exists.

Peter has that "mafia" look.