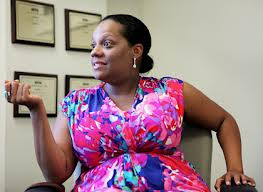 It's match point for negotiations to expand the Billie Jean King National Tennis Center in Flushing Meadows, with the City Council poised to vote on the plans Wednesday. But with the local City Councilwoman and the U.S. Tennis Association sparring over funding for the park and other community benefits, the outcome remains unclear.

The USTA has proposed a $500 million expansion of the 46-acre National Tennis Center, but in order to do so, a 0.68-acre strip of park that is currently public must be taken over. Locals have long complained that the tennis center was a hulking presence within Queen's largest park, one that turns its back on Flushing Meadow until it overwhelms it each August and September during the U.S. Open. Among the complaints: thousands of cars that park on public lawns, limiting recreation space.

To appease local opponents the USTA has promised to open to the public a 1.5-acre set of tennis courts on the eastern edge of its campus. The association, however, would retain use of the courts during events such as the Open.

The bigger sticking point is demands from local Councilwoman Julissa Ferreras and parks advocates that the USTA pay into an annual maintenance budget for the park.

The hope is that with seed money from the USTA, Flushing Meadows could establish its own conservancy.

Here's where Julissa thinks we're all stupid. Flushing Meadows already has its own conservancy. And the place still looks like crap.

USTA will get their expansion and Queens will get the shit end of the stick, once more.
Posted by Queens Crapper at 12:51 AM

Parkland is for sale to the highest bidder. This is sad, indeed.

Actually, one not even bid on it! The council and mayor's giving it away for nothing.