Yes, this is the year! 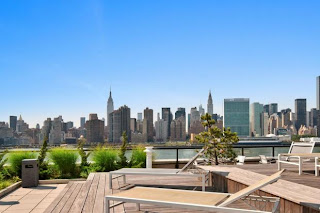 “With a hot neighborhood comes increased pricing and low inventory. It pushes people into buying in areas they would not have considered,” Rosa said.

“Now their eyes are much more open to coming to Long Island City.”

Rosa had never witnessed the crossover of house hunters from Brooklyn to Long Island City before this year, he said, adding that the area's new buildings that are full of amenities have been a big draw for many young families.

As Brooklyn has become a “destination” rather than a “cheaper alternative” to Manhattan, the Queens' market is experiencing growth, Miller said.

“Queens really is coming into its own this year,” Miller said. “Markets like Long Island City are certainly thriving and are the direct beneficiaries [of] the search for affordability in Brooklyn."

Haven't we been hearing how hot the LIC real estate market is for the past 10 years or so? "Queens really is coming into its own this year." You mean that whole time, it really wasn't all that?

Is it actually now or is this yet more hype?
Posted by Queens Crapper at 12:06 AM

Wait until the fools buying into this area learn that they are living on top of contaminated brownfields loaded with toxic chemicals and fumes.
Who's sitting on all of the environmental tests that were supposed to be done over the past decade???
Why are the developers so quiet on this?

"Brazil is the country of the future - and always will be." - Origin unknown, attributed to Stefan Zweig

"Long Island City is the neighborhood of the future!" - Used by every half-wit real estate broker and flunky New York Times reporter since 1999

What about Sunnyside, Elmhurst, Rego Park, and Forest Hills? I wonder if prices in these neighborhoods will see an increase.

Just look at the young people you see in the city or Brooklyn now already living in Queens. Have you ever visited LIC recently?

LIC still has another 20 years to go before it becomes a fully functional neighborhood.