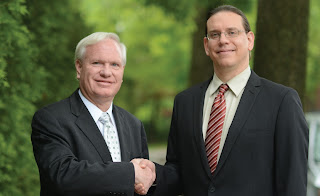 Much to the chagrin of the Vallones, there will, in fact, be 2 candidates with Italian surnames in the Democratic primaries for Queens Borough President and City Council District 19.

Desperate candidates often have their minions file petition challenges, deny that they did and then don't follow through. That's what both Vallone Brothers did.

Then there's this from Crains:

In the race to be the next Queens borough president, Councilman Peter Vallone Jr. is running in a Democratic primary that will almost certainly determine who wins the seat in the heavily Democratic borough. Nonetheless, Mr. Vallone decided to seek the support and ballot line of the New York Conservative Party for his candidacy—a ballot line that would only hypothetically help him in what's expected to be an uncompetitive November general election—and submitted nominating petitions for the ballot line, city Board of Elections records show.

In the end, the Conservative Party's ballot line almost certainly won't be going to Mr. Vallone because of a petition snafu, according to his campaign: On the party's nominating petitions for Mr. Vallone, his work address was improperly listed, instead of his home address.

Correction: he wasn't looking for hypothetical help.  He was looking for a way to run in November in case he loses the Democratic primary.  Karma's a bitch, ain't it?
Posted by Queens Crapper at 12:44 AM

Tsk, tsk, tsk--isn't it a pity--
that the entitled little Vallone prince has to work up a sweat, trying to win the upcoming race.

Maybe you can help him with the heavy lifting, Mr. CB7 Apelian. Aren't you his personal trainer?

Wake up, Paulie--the Vallone name is synonymous with over developed, crapified Astoria--and nobody wants that kind of shit in northeast Queens.

Go lick your wounds, and return to your job as a real estate industry lobbyist!

This is everyone's chance to vote for two people who won't take crap from developers or shady business owners. Don't blow it!!!!! VOTE FOR AVELLA AND GRAZIANO!!!!

"Correction: he wasn't looking for hypothetical help. He was looking for a way to run in November in case he loses the Democratic primary. Karma's a bitch, ain't it? "

Not true, even Vallone if he loses the primary then the Conservative line will not help, just embarrass him further so Graziano (if he wins the primary)can claim a greater ass kicking

Is Queens Crap going to formerly endorse Graziano and Avella or just keep it to informal as the norm?

Queens desperately needs Avella and Graziano. Let's hope the Vallones go away and take Shitty Katz with them.

"Not true, even Vallone if he loses the primary then the Conservative line will not help, just embarrass him further so Graziano (if he wins the primary)can claim a greater ass kicking"

The article was about Peter, not Paul.

Reporting the facts, instead of press releases from county headquarters hurts, doesn't it?

I don't trust any politician and am not a fan of Avella but when you look at the crew running for Queens BP he might be the pick of the litter.

I wouldn't trust Vallone as far as I could throw him and I question Katz's personal judgment by shacking up with married slimeball Curtis Sliwa after a supposed fling with married felon Alan Hevesi.

Well its a well known fact that the publisher of Queens Crap is working for Graziano's campaign. What's that you say, its not a well-known fact? Guess it won't be when this comment doesn't get posted.

Yes, the scads of dough he's throwing my way is incredible. :::rolling eyes:::

It looks like that sawed off cultist...a worshipper of 'ol chrome dome...Adam Lombardi, is busy posting.

Pull your nose out of Don Paulo's ass for a moment and smell the roses.

Your dear leader is going down.
Maybe you can learn to enjoy kissing the victor's butt for a change of pace.
After all, variety is the spice of life.

Don't you guys at county headquarters have anything better to do with your lives?