Foundations not actually stronger than the storm 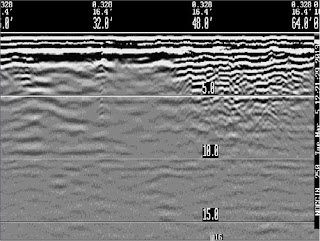 Retreating floodwaters from the superstorm created underground air pockets just waiting to become sinkholes beneath streets, buildings and backyards across Southern Brooklyn, and most people aren’t aware of the danger under their feet, say local architects and companies specializing in subterranean scans.

“From Seagate to Manhattan Beach, a lot of these building’s foundations have been scoured,” said architect Walter Maffei, “and no one knows about it.”

According to Maffei, any structure that suffered severe flooding as a result of October’s hurricane is liable to have lost some of the sediment beneath its foundation as the water rapidly withdrew into the ocean, taking tons of soil with it.

“When you build a sand castle, everybody knows the water comes in relatively slowly, but when it goes out, it moves quickly and takes everything with it,” the architect explained. “A lot of scouring occurs at the foundation level, or below.”

Underground voids, or air pockets, can undermine the foundations of buildings and city infrastructure such as roadways. This means sink holes and structural stability is a big concern and potential hazard for people living in Red Hook and southern Brooklyn, according to Lou Neos, a technician at Ameriscan, which specializes in ground penetrating radar.

“It’s all over, wherever there was severe damage from Sandy,” said Neos, who has found voids underneath buildings in Sheepshead Bay and Brighton Beach. “If there’s another storm, people might lose their whole house because of a void.”

That's what I posted here when the astro tower in coney island became unstable. I asked if aneyone used ground scanning radar. Looks like soneone did and confirmed my theory. Let's hope no Martian machines come out of those holes now.

That's one way to hollow out a neighborhood without the usual ways that are employed by crooked politicians.