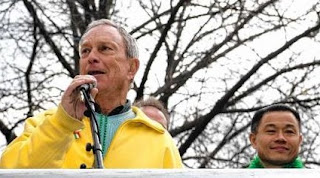 Fed up with what he views as a pattern of obstructionist behavior, Mayor Michael R. Bloomberg has taken the rare step of filing a lawsuit against the city comptroller, John C. Liu, for rejecting two municipal contracts.

The contracts would pay Aguila Inc., a company run by Robert V. Hess, Mr. Bloomberg’s former commissioner of homeless services, a total of $67.6 million to operate homeless shelters in the South Bronx and on the Upper West Side. The shelters on the Upper West Side, on West 95th Street, have long been a target of criticism from local residents and elected officials, who say, among other complaints, that the area has an excess of similar facilities.

Mr. Liu rejected the contracts on July 3, saying they were too vague as to how many people would be offered services. And in a criticism of Mr. Bloomberg’s record on homelessness, Mr. Liu argued that “it would be unconscionable to compound past errors with these faulty contracts.”

But Mr. Bloomberg, in a lawsuit filed on Thursday in State Supreme Court in Manhattan, said the courts had long held that registration of contracts was “not a vehicle for the comptroller to usurp the mayor’s authority to enter into contracts.”

So what do you think is really going on here? Bloomie trying to get his buddy a contract before he leaves. So loyal to this particular individual that he will waste taxpayer money on a lawsuit to make sure he gets paid. Sounds like honest graft to me.
Posted by Queens Crapper at 12:12 AM

Liu's poll ratings are in the toilet.
WTF does he think he's doing?

That little creep's ego is bigger than his brains.

Give up your mayoral run, Johnny boy!
And you'll NEVER become president of the USA (your coveted goal) either.

Your aides have been caught and convicted, commtitting election fraud.

Now, wipe your tookass and get off the pot, before you're sitting next to Bubba, crapping in a shared prison cell.

Let 'em duke it out at Citi Field!

My money's on heavyweight Bloomberg.

What really pisses me off is that we taxpayers have to pay for the expenses of NYC corporation council bringing suit against Comptroller Liu, a relative of Tommy Huang.

Look at these two egomaniacs having a pissing match!

I might have to rethink my position on him. The enemy of my enemy...

No matter who wins, WE LOSE!!!

No matter how screwed we have been and will continue to e due to Mr $1a years thieving largesse,fact ie we xenophobes will pick him everytime against an honest competent public servantbecause he's not one of "them".Just like how we voted for the buffoon Halloran over...
See what I mean?

The Liu Zombies have been ordered to begin a story line that Liu is being discriminated against because of his skin color, not because his a dirt-ball.

This is face-saving to the Liu Camp of cult followers. They can be programmed to believe that it's racism not an election.

I've already told you all--so far, I'm not voting for ANY of the mayoral train wreck candidates. I refuse to be force fed crap and told that it's really caviar!

If I should change my mind, between now and November--GROAN--I'll grudgingly pull the emergency cord and vote for Di Blasio.

Take a good look at these damn crooked pols.
Stop the train. I want to get off.