Van Bramer got a load of dough from the Wolkoffs 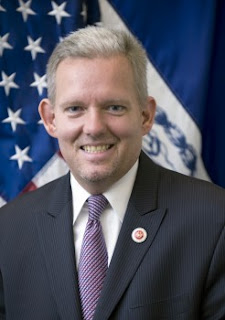 Staunch advocates for the preservation of the 5 Pointz building are not going to be getting the support of Councilman Jimmy Van Bramer.

The councilman said that it would make no sense for the city to buy the graffiti Mecca and that the future of the community would be better served by housing—filled with young families—and a bustling retail district.

He said he is not an advocate for keeping the 5 Pointz building in its current form. He said that he believes in “property rights” and that the owner of the property—Jerry Wolkoff– is entitled to develop the site as long as his plans meet zoning rules and regulations.

Wolkoff plans to demolish the 5 Pointz building and develop two residential towers–one would be 47 stories high and the other 41 stories.

Van Bramer said the real issue is whether Wolkoff should be awarded a special zoning permit that would allow him to build 1,000 apartment units, 370 more than permitted “as of right” by present zoning rules. “They have requested a significant increase and they are not entitled to it,” he said. “They have to work with the community … and earn it.”

Some of the staunch advocates of 5 Pointz argue that Wolkoff’s money is playing a part in the decision making process.

Van Bramer’s 2013 election campaign fund has received a significant amount of money from the Wolkoffs.

David Wolkoff, the son of Jerry, has contributed $2,750.00 to Van Bramer, with other Wolkoff family members contributing a total of about $5,250. This represents a little less than 6% of the $143,000 that Van Bramer has amassed.

This pretty much sums up the situation: 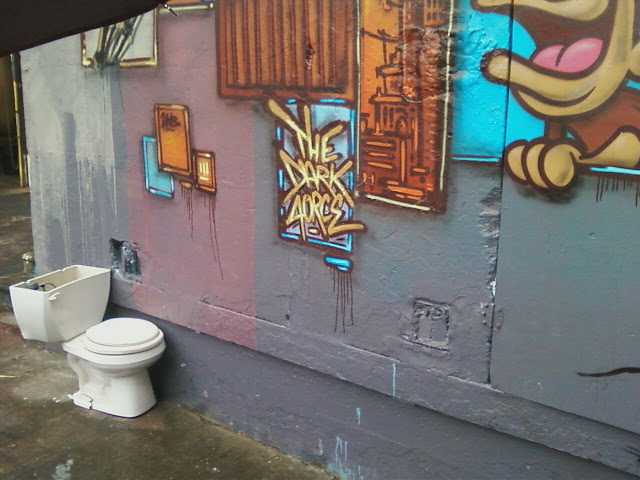 This, and the Laughing Devil comedy club being sold... It's a wonder why the hell anyone wants to buy at the inflated Long Island City (oops, I mean LIC) prices. The whole neighborhood is losing everything unique except being the closest Queens neighborhood to Manhattan. Not to mention, I believe its schools are overcrowded.

EXHIBIT A OF WHAT IS WRONG WITH QUEENS POLITICS:

Van Bramer, who is running unopposed in the Democratic primary, dismisses the contributions as having any impact on his views toward Wolkoff’s plans.

... A pattern? Hardly. I do not think he canceled meetings with developers.

YOUR TAXES WILL BE WASTED PUTTING IN A MONSTER OF A BUILDING NEXT TO A NOISY TOXIC TRAIN YARD WHILE ISSUES IN YOUR COMMUNITY REMAIN UNMET FOR YET ANOTHER YEAR.

VAN BRAMER WILL WASTE MORE OF YOUR TAXES AND TIME WHINING ABOUT THE HIPSTERS LOOSING SLEEP NEXT TO THE TRAIN YARD WHILE THE NOISY CLUB NEXT DOOR ON YOUR BLOCK IS IGNORED.

THERE IS NO INFRASTRUCTURE TO SUPPORT THIS. GUESS WHO WILL BE PAYING? THE DEVELOPERS?

HE WILL WASTE MORE OF YOUR TAXES TRYING TO RUN A CAB SERVICE FOR THE HIPSTERS AND BEAUTIFYING THE AREA FOR MORE DEVELOPMENT WHILE BASIC SERVICES ON YOUR BLOCK REMAIN UNMET.

HE CAN DO ANYTHING HE WANTS TO. THERE IS NOTHING YOU CAN DO ABOUT IT ...

... EXCEPT CARVING UP HIS REPUTATION SO HIS CAREER GOES NO FURTHER.

Van Bramer is giving millions to that no talent Chocolate Factory and the pretentious MOMA PS1 that excludes local artists from gallery space in their own community.

I love how a tiny fraction of high profile (read good photo-op) institutions get almost all the money in Van Bramer's district while the local arts community starves.

A patron of the arts my ass.

Meanwhile the Secret Theater, a breath of fresh air and real talent, gets zip.

Taxpayer money should go to local institutions for programs not real estate. If Chocolate Theater and PS1 want to play monopoly, lets see how good they really are: use their money - not ours.

If Noguchi and Socrates thinks that waterfront development is just fine, let them bail themselves out after the East River has paid them a visit.

Jimmy is good friends with fellow library grand pooba George Stamatiades of upzone! upzone! fame and driving force that "could not contain the hotels" in Dutch Kills.

PS Generous to George's little civic too. Surprise? Do we see a pattern?

Thanks for putting up my photo of the commode left outside at 5 Pointz. I thought that it summed up the stinking status quo.

BTW--
I was scheduled to participate in a meeting with council member Van Bramer last week, which was cancelled (maybe because he heard that I was attending?). I believe it was rescheduled for this coming Tuesday--if it isn't cancelled once again.

Being a retired advertising executive--I'm extremely well behaved at meetings--and not as "passionate" as I might be at public hearings. I'm really a very reasonable guy!

But, not to worry Jimmy--
I DO NOT intend to be there--to discuss ANYTHING with you or any of your retinue. What's the point?
I hope you follow Queens Crap and get my notice of cancellation.
I know damn well when my "chain" is being yanked!

A snake is a snake! Make friends with one and get bitten. CB2's chair, Joe Conley, is another viper to look out for-- slithering his way through the grass.

Van Bramer is clearly for sale--like many other NYC pols--and now the proof of the pudding is sitting there--rotting on the table in the hot July sun.

Keep on following Queens crap, "Lord Jim".
You'll be reading more about yourself.

It's obvious, now, that he goes to bed with developers!

The lavender hill mob joins up with real estate interests.

The best (?) of both graffiti and development. The oeuvre of Friedensreich Hundertwasser:

The NYC DOB describes 45-46 Davis Street as F9-Factory/Industrial and it looks it. So how do its owners obtain 47+41 stories (or 1,000 apartments) "as of right"? - why not two towers of 76 stories each and match 8 Spruce Street? And while you are at it, give everyone who owns empty commercial property the right to make it a 47 story residential tower? What's the principle at work here?

Let me get this straight:

And yet has funding for new groups to buy property.

Welcome to the "glory hole"...
AKA the district office..where
Jimmy has been bending over backwards for developers.

The councilman is buying his votes like many others.
Q.
And who's got that kind of dough?
A.
The real estate moguls, not the bakers!

After finishing a 2nd term as councilman...which higher office does Jimmy have in mind...mayor?

Maybe the Wolkoffs have promised to buy it for him.

Van Bramer will wind up being screwed in a fashion he'd never imagined.

The Wolkoffs are chronic, habitual, liars!