State of the Borough 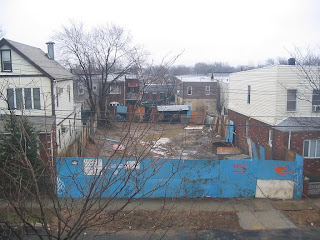 The papers are gushing over Mayor Bloomberg's State of the City address which he gave yesterday. Yeah, we're a great city. Oh, you want to give us some money back? How nice. How about this from your 2004 State of the City speech?

"Physical improvements and development are part of our efforts to improve neighborhoods, but we’ll also work to end over-development where it has gotten out of hand.

What is over-development, you may ask?

It’s houses so poorly designed that they have front doors that open directly into the street, houses that have no front yards, not even sidewalks. It’s developments that seem, with little exaggeration, to pile homes right on top of one another."

In 2005 & 2006 speeches, the topic was barely even touched on. This year, it wasn't mentioned at all. In fact, "targeted rezonings" to allow for denser development was what was focused on.

Downzoning still hasn't become a reality for most of Queens and developers have been destroying our neighborhoods with the blessings of this administration and our elected officials. It's been 3 years since "overdevelopment" became a buzzword. And Queens continues to burn while they sit there fiddling!

Can you hear what the Manhattan elite is telling us........"Not in my backyard but in yours!" That's where they're going to stick it all!...... Maybe it'll come under the guise of "affordable housing". They'll dump all the immigrants from the Lower East Side into Queens (freeing it for "upper-class" real estate use)........ You can be sure of this, Bloomie and his boys intend to "stick it to us" real damn good!......That's the real message behind that speech. Now it's our turn to get over-developed!........ The new wall of skyscrapers has already targeted the waterfront of Queens (and Brooklyn). But we're here to tell you firmly, that Manhattan is not going to expand at our expense!........ So save your soothing patronizing words Mister Mayor!....... We don't believe that you are you a "sympatico politico"!

I do not think they care about us. It seems all the politicians, Republican and Democrat, both have made a pact with the devil.

Look at this week's Gazette: the front cover with a big building (with great power supply I am sure) going up in an area where working class people no longer have a reliable source of electricity and the editor wringing his hands that there is a slight impediment to development.

Hey, why don't we have a poll on this board and else where, Let's do something daring and dangerous. Let's ask the PUBLIC what they want, more housing for new people that don't live here, or better services for those that already live here?