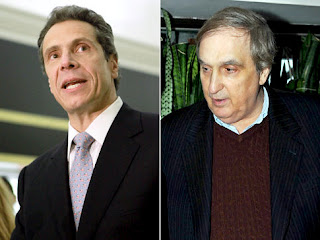 A Brooklyn social-services network that has been the subject of investigations by the city, state and federal governments and has close ties to Assemblyman Vito Lopez is poised to receive nearly $2 million under New York's latest budget deal.

The $1.9 million grant to the Ridgewood Bushwick Senior Citizens Council is part of an Albany tradition known as a "member item," an earmark with an anonymous sponsor slated for a nonprofit group. The grant would pay for the council's "community youth capital construction program," the purpose of which isn't described in the budget.

Lawmakers plan to vote this week on the item, part of a 1,023 page Aid to Localities budget bill. The grant's sponsor wasn't disclosed.

The last member-item funding was approved in 2010 under Gov. David Paterson, but all of the money wasn't spent right away, and there was $136 million still left to be spent for member items when Mr. Cuomo took office in 2011. After he and lawmakers couldn't agree on a plan to shift that money elsewhere, Mr. Cuomo and lawmakers have been drawing down the funding gradually for member items.

Mr. Cuomo proposed spending the last of the $57 million in that pot of money. Matt Wing, a spokesman for the governor, said the budget doesn't include "new funding for Ridgewood Bushwick" and said the money was approved before Mr. Cuomo took office. The $1.9 million earmark for Ridgewood Bushwick wasn't made until this year, according to state budget records.

Ridgewood Bushwick has received member items in the past, including a $150,000 grant in 2011 and more than $800,000 of economic development funding from the Cuomo administration that same year."

Hmmm. Why wasn't the sponsor disclosed? Why were we told there was no member item funding for the past 3 years when there was?

Tweeding.
Posted by Queens Crapper at 12:34 AM

Exhibit A for government reform.

There is no hope for political reform up in Albany.
It's been too deformed for too many years.