Billboard a hazard that no one wants to address 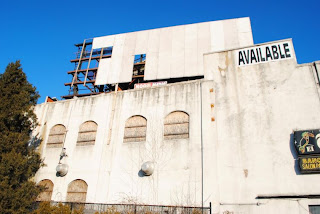 An article in the latest edition of Newtown Civic Association’s newsletter criticized the condition of an unused billboard in Elmhurst, calling upon the city to fix it.

“The sign company no longer uses the sign for advertising and has abandoned it,” the article read. “Yet this dangerous condition continues to the detriment of passersby.”

The billboard was reportedly erected illegally but has not been used for advertisements in a number of months, resulting in one-inch thick pieces of plywood falling from the structure onto the sidewalk.

The building it stands on, also abandoned, was once the El Tucan Banquet Hall.

The NCA claims they have spoken before the City Council and have called upon the City Department of Buildings Queens headquarters to rectify the situation but they say the complaints have fallen on deaf ears.

According to the DOB website, the owner of the building, Mohammad Malik, has already received a number of violations, the most recent being on Jan. 8 after a follow-up inspection.

On Dec. 28, 2012, Malik received an Environmental Control Board violation for failing “to maintain at roof level, billboard structure broken and missing boards throughout and in danger of falling.”

Even though the building is abandoned and has been for some time, responsibility for both the building and the billboard fall on the owner, who will have to appear in court on April 9.
As of printing, Malik was not available for comment.

This has been abandoned for 20 years!

"According to the DOB website, the owner of the building, Mohammad Malik."

Why it it that so many of these problematic abandoned buildings, slum buildings, abandoned lots all with so many violations, are owned by people of Middle Eastern descent, Pakistani or Bangledesh and very little happens to them. This is a major trend that has been going on in Queens and nothing seems to be done about this at all. These people come here from their shit hole countries and turn around and turn our communities into a mirror example of their shit hole home country. No wonder so many people say they want their America back, because this window into the future looks very bleak with such low class third world immigrants doing whatever they please with hardly a slap on the wrist and turning what was nice neighborhoods into major shit holes all under our elected officials noses.

These same people are on the dole too, taking every last US dollar of assistance from our pockets. They know America is an easy pushover and have no roots or ties to their communities because they don't intend to stay here for long. Just long enough to squeeze us. They never call America their country ...they always refe to the country they come from " their country" . And that is where this whoe immigrant mess stems from and why our once beautiful, proud and strong Queens is turning ing into a vast cesspool of squatters and takers.

The owner was a fool to buy the property, and then a bigger fool to hold on to it for no productive use. He's getting no income from it.

He's looking for an even bigger fool to come along and buy it.