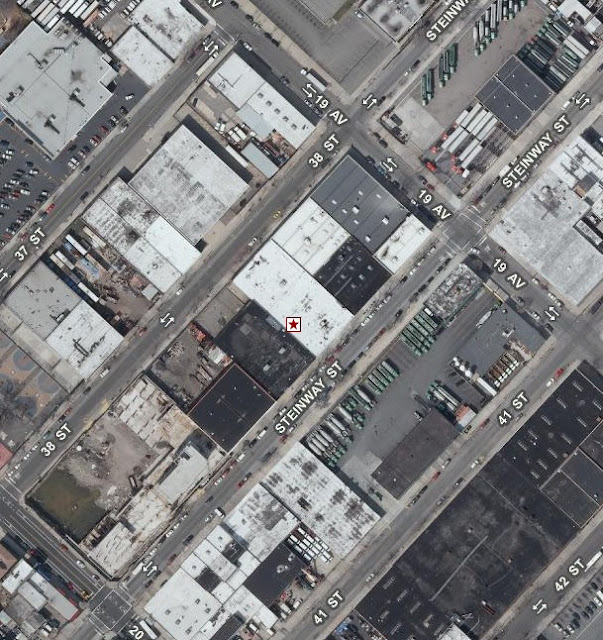 An Astoria bikini bar that local leaders fear will turn into a strip joint is facing an uphill battle for a liquor license.

Racks, at 19-26 Steinway St. on the outskirts of residential Astoria, withdrew its state liquor license application Wednesday. The bar then re-applied under a different license category.

“I’m going to fight against an establishment that doesn’t fit the character of our family-oriented community,” said Assemblywoman Aravella Simotas (D-Astoria), who has led the charge against area adult entertainment venues.

Racks is less than 400 feet away from a playground, she pointed out, and on the same block where a residential building is going up.

“These types of businesses are harmful to residential communities,” Simotas said.

But District Manager Lucille Hartmann pointed out that the neighborhood has changed since the area was zoned for adult entertainment.

“When that zoning was created, the new housing wasn’t there,” she said.

And why did CB1 approve the variance application for the new housing in an industrial zone? I'm not a fan of strip clubs and no one wants them in their neighborhood, but where should they go if not in the manufacturing area? Furthermore, do you really think the electeds here are trying to protect Astoria, or protect the bottom line of the developer that is building the apartment complex?
Posted by Queens Crapper at 12:24 AM

Tits and turds...so what's wrong with mixing the two?

Maybe the residents should consider the wiser choice of move away...unless they've got shit for brains.

In the long run, complaining rarely gets you anywhere.

Apartments? Just two blocks from an out of control sewage plant, three blocks from one of the largest power plants in the city, to say nothing of auto chop shops and coffee roasting plants and the smell of varnish as neighbors.

Oh yes, a 10 minute hike from the train.

We all can learn lessons from CB1.

In the long run, complaining rarely gets you anywhere.

For almost all of us yes, but that is a weird place. Remember the Fedex shipping? Now everyone is in a lather over PS 122?

They go nuts over the stupidest things while everything else around them goes to hell and is ignored.

They still have bikini bars in NYC? I thought they have been closing like crazy over the past few years. Supposedly they don't make any money anymore, unless the owners give in and cater to the thug life hip hop gangsta crowd. Ever see Phenomenons/Perfection on 30 Avenue by the BQE on any given weekend night?

The NYC Hooters franchise, owned by Bill Hartley, was terminated a while back, but other "bikini" bars quickly moved in to replace them, i.e. Canz and Twin Peaks, both in Astoria.

Was there similar outrage expressed over those "breastaurants"?

unless the owners give in and cater to the thug life hip hop gangsta crowd.

Well what the hell do you think the night life is like in Vallone's district? This plus Arabs in hookah lounges.

they may tout the hipsters but come darkness the kids FLEE to the city or Brooklyn. In Astoria, they only want to gouge the kids on rent.

I'd like to point out a few things as well. The Bowery Bay sewage treatment plant is the most foul smelling thing I have ever experienced. The entire neighborhood stinks of shit for days on end.

The actual building has stopped for over two years, and the developer seems to have abandoned it leaving the neighborhood even shittier than it was.

Peter Vallone is fucking cock sucking asshole who deserves to be publicly hanged, but instead is paid to represent the people.

That building site has been stalled for a lot more than 2 years. It's probably been more like 4 or 5 at this point. For awhile the fences were left open and some illegal central american residents set up camp.

The new brewery over there is a few doors down from the playground, and no one protested about them opening. I guess beer is ok, but boobs are not?

Oh you Silly Strip Club owners, I thought you knew better. It would have made better sense if you had enlisted the services of any of the two architects on the board to expedite things from within. Now, its quite posible the other guys have them and your plans will most likely never materialize.

Geez. it doesn't get much more industrial than that. Puritanical dickheads. Where's a man to watch some ladies and have a beer.

From every post Ive seen on this particular bikini bar, I havent seen 1 negative response to them opening there. So where is all this local opposition? Can it be perhaps a few local politicians looking at their own interests? hmmm. If they dont want stripclubs in their neighborhoods, make them illegal, until then, follow the same laws and regualtions we all do.

After all the dirty backhanded sk*t going on in Astoria all some Bible packers are worried about are stripper's or girls in baithing suits ?