As many of you know, City Council District 19 Democratic candidate Paul Vallone sits on Community Board 7 and the Vice Chair of CB7, Chuck Apelian, was Vallone's campaign manager for his 2009 failed run for office and is intimately involved in his current race. What you may not realize is that Mr. Vallone is a member of the Parks Committee of CB7.

CB7 recently took up the topic of the USTA expansion in Flushing Meadows-Corona Park. There were 3 meetings concerning this issue.

On February 13th, there was a Parks Committee meeting where the USTA was unprepared to answer questions. That meeting was rescheduled for March 4th to allow the USTA to come back with answers, and the Parks Committee ultimately voted that night. The full board meeting and vote then took place March 11th. 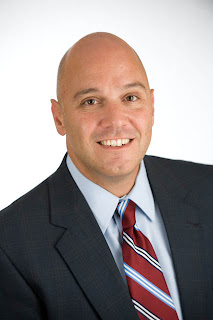 So how did Paul Vallone vote?

Based on Paul Vallone's lack of voting - and phony CB7 attendance - on one of the most important Queens-wide issues in recent memory, one must wonder how Vallone would vote in the City Council were he to be elected to public office.

(It's interesting to note that when Joe Franco's rezoning for the White House came before CB7, Paul made sure to stay long enough to vote "yes".)

Do CD19 residents want a representative that walks into a hearing room for 5 minutes, just long enough to be recorded as "present," and then runs off to be interviewed for TV, talk on the phone, meet with lobbyists, attend parties, etc? In fact, the current CD19 council member is well known for doing this but stops just long enough to post photos on Facebook to show his constituents that he was there. Which usually leads to comments like, "You're so busy looking out for us!" "You're the hardest working member of the council!" "We're so lucky to have you representing us!" and other vomit-inducing, ass-kissing platitudes.

The Willets Point project will soon be the topic du jour at CB7.  Let's see how Paul gets out of voting on this one.
Posted by Queens Crapper at 12:58 AM

Fed up with your bullshit said...

I am tired of Mr. Paul Vallone lying to the people of District 19.
All of his lies insult us.

Mr. Vallone is a partner in the family’s law firm; they are a registered lobbying firm. He has firsthand knowledge of the illegal dumping of contaminated soil in our backyard. He has been questioned on it repeatedly and has denied any knowledge of the lobbying done by HIS firm, for the owners of the land in question. The owners of the land were cleaning the site of contamination as part of the state Brownfield Cleanup Program, where private companies get financial incentives to clean sites. In order to participate, they must follow state Department of Environmental Conservation regulations participating in a Brownfield cleanup and instead of cleaning the land, they imported contaminated soil. These people are culpable of taking the site from bad to worse. Some of the material they illegally dumped is believed by contractors to be from a former federal Superfund, or hazardous waste site.

So now we have Charles Apelian, who is co-chair of community board 7, Chair of the land use committee on community board 7, very close friends with Paul Vallone, and his former campaign manager on his initial attempt at the city council seat for district 19. Apelian has recused himself from making any decisions about the process due to the fact that he has had prior business relationships involving the site (investigators might find it interesting that the land use chair had direct business dealings with this site. A site within the confines of his jurisdiction).
Paul Vallone, a board member and City Council candidate, also has ties to the property. He is a partner in his family law firm, Vallone & Vallone, which is listed in city lobbyist databases as working for Constantinople & Vallone Consulting LLC. This lobbying firm was hired by the previous owners of Waterpointe in 2006 to lobby the city about the zoning of the property.

Vallone has repeatedly said his name is “sometimes”listed as a lobbyist as a “technicality”, because he works at the family law firm, and that he has never worked at his father’s consulting firm.
Paul Vallone has been quoted as saying, “My name has nothing to do with this project.”

Mr. Vallone wants us, the residents of the community, to believe that he has “nothing to do with the project”. He wants us to believe that his name appears as a lobbyist sometimes, as a technicality? Sometimes when? When he actually signs off, or does his name appear arbitrarily? You know, whenever the computer decides to list his name?
Come on people, it is time to get real. Mr. Vallone is obviously involved and is trying to distance himself, now that Adam Lombardi opened up a can of worms for him by reporting on this site. Unfortunately, Mr. Lombardi was attempting to smear another politician for taking contributions from the company that owned the property. Contributions that were taken years before the illegal dumping, years before the company even owned the site. Now the truth is coming out and Paul Vallone wants us to believe this is all one big misunderstanding.

Chuck is a bigger phony than his pal Paul is.

The whole of CB#7 needs a good cleaning up!
This den of vipers has been screwing us for decades.

Her over fed hubby needs to go on a diet anyway.

She lives in modest Mitchell Gardens. The mortgage is long paid off. Her kids have completed college.

Compare this non-voting behavior to that of Paul Graziano, who called out the USTA B.S. at his campaign kickoff as well as gave testimony at CB7. Too bad Paul V. wasn't there to hear it.

Does Don Paulo Simonize his dome.

Oops...
that's not his other head, peeking through his collar,
is it be (testicles concealed under his shoulder pads)?

I can't wait for Adam Lombardi to write about Vallone's malfeasance on Queens-Politics.com. Oh wait, that's not going to happen because Adam's only a crusader in his own mind.

Unless we all start to work together across the borough the best any one could expect is a temporary reprieve from any particular problem.

So you beat them ONE issue - the swamp remains the same. Its only a matter of time before you will be back in square one.

CHANGE THE SYSTEM, DON'T SWEAT ON THE DETAILS.

how does truth in one's political agenda's get made public when the local media and blogs are selectively censoring commenters and letters to editors ,when THEIR candidate is negatively exposed?

is the First Amendment is being spun?

Look, money will do that - Vallone has his fingers in everything - notice how even the Occupy folks will not criticize local pols?

The Vallones complain when someone comments negatively about them on an anonymous blog, but its ok for THEM to confer privately with 'clients' while family members hold public office.

Why run for something when you don't stand up for anything!

Very sad that this is the face of politics these days...

He won't get my vote!

I assumed that Vallone was a responsible candidate, but I guess I really don;t know the inside info, til now .... thx QC!

Rumor has it that Paul V has been approved for a judgeship. Trying to confirm...

So, Don Paulo will be following in the footsteps of his grandfather "Charlie "the judge" Vallone if this rumor turns out to be true, Crappie?

Where does their crooked power come from...to last from the 1930s(?) 'until the present?

The Vallones must have some "black book" stashed away safely somewhere...that chronicles all of NYC's dirty activities...stretching back for decades.