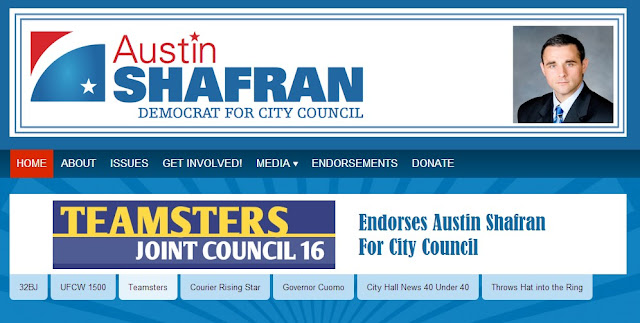 When you take a look at Austin Shafran's website, the top of the page under the banner contains tabs highlighting the candidate's endorsements. Here's the one for the Teamsters.  (His mom works for their president, you see.) 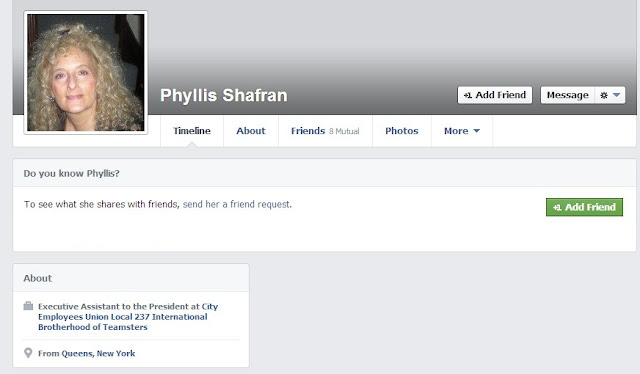 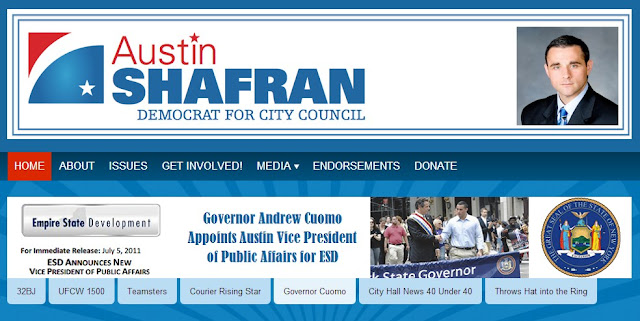 But when you get to the tab for Governor Cuomo, it's not an endorsement, just a screenshot of an old announcement from when Austin was appointed as a spokesperson for the Empire State Development Corporation, one of those useless money pits of a state agency (think Atlantic Yards and Columbia University eminent domain projects and Moynihan Station).  Also of interest is the following press release that contains some grammatical/spelling issues. And this guy was once a state spokesman... 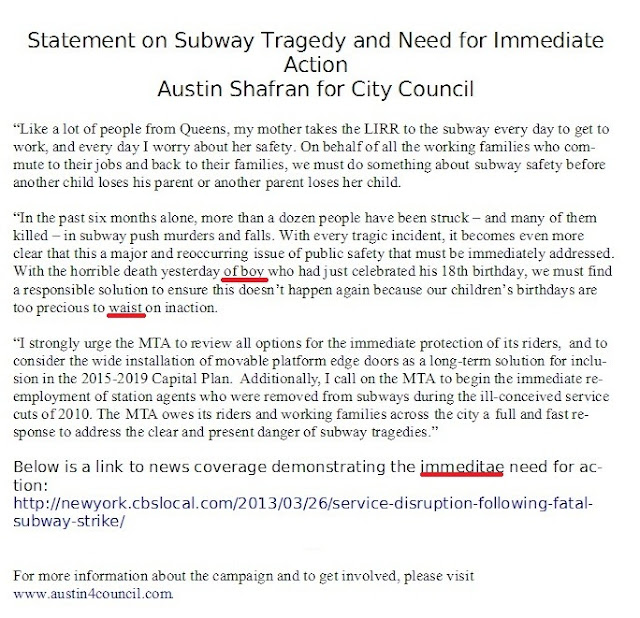 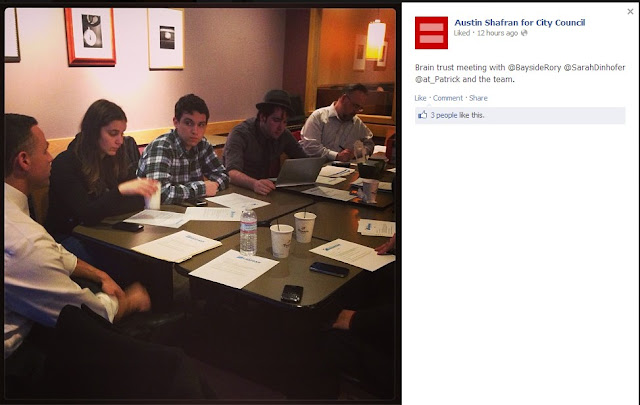 Team Shafran likes to post photos of themselves hard at work.  At this strategy meeting was Manhattan Young Democrat Sarah Dinhofer, who was apparently the target of this Facebook page and, as evidenced by the comment on the bottom right corner of the page, thinks it's hilarious.  She's also apparently a fan of very politically incorrect language, and either likes or dislikes it "when Tanvir scoops her chesticles." This is going to be one interesting campaign! 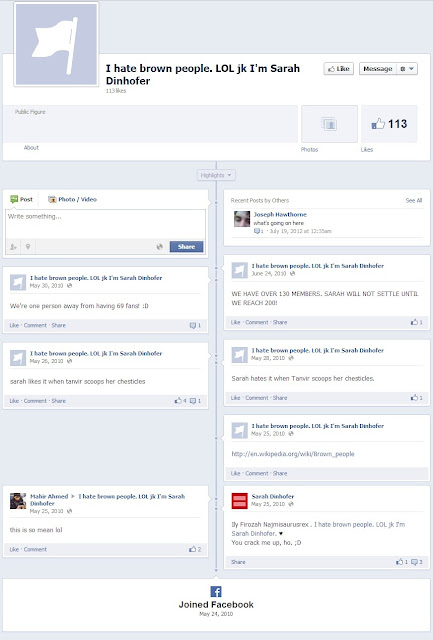 Now here comes the one part of this post that I made up for April Fool's Day: 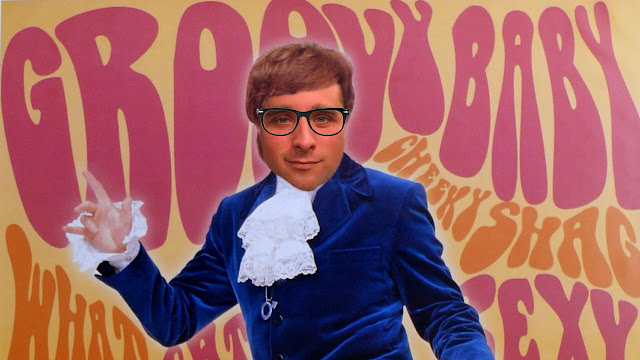 Austin Shafran:  District 19's man of mystery.
Posted by Queens Crapper at 12:55 AM

I'm not surprised that the de facto county pick is this lame and hires racists to work on his campaign. At the BP debate the other night, he was seen huddling with Evan Stavisky.

Can't wait for the debates. This guy is a horrible speaker.

Hay, I sea nothing rong with the nottice. Your being over critkil.

Was the former councilman and chief of the Central Labor Council banging her in his office while the FBI broke in to seize his computers, or is that just a rumor?

Who else had Phyllis?
Was she the Democratic clubhouse's party girl?
Or did she also give her all to the GOP?
We know she's not Dennis Gallagher's type.

So basically, this guy's qualification is that he is entrenched with the Machine. No thanks.

If someone just celebrated their 18th birthday, they aren't a "boy". And the jackass in question ran across the tracks after a night of under aged drinking. Hardly a sympathetic victim. Who in the media does Shafran think is going to quote him on this, anyway?

Whelp, I suppose the Shafran campaign doesn't vet their workers or proofread news releases. Seriously, a chick who calls people ho commenting on a page about "brown people"? Looking better for Graziano. Has anyone seen PaulVallone.com? God awful. John Duane doesnt appear to even have a website...

IN PICTURE IS PATRICK JORDAN, RECENTLY HIRED BY THE YOUNG DEMOCRATS...

NOT A BIG DEAL UNTIL WE REMEMBER PATRICK JORDAN WAS RESPONSIBLE FOR SPYING ON TOBY STAVISKY...

AND RESPONSIBLE FOR SERVING HER COURT PAPERS...

Oh Crappy, you've outdone yourself with that pic of the Man of Mystery! But it's actually quite clear to anyone who understands Queens machine politics. There is no real mystery in Austin Shafran. He's just another political-machine hack, waiting to tweed away if he gets elected.
Let's hope that the 19th council district has their eyes opened to this clown.

What is Shafran doing hiring racists? In NYC in the year 2013 do we really have a need for this kind of thing? Where's his filter?
And that press release. Who lets that kind of stuff out? That will really cement your reputation Austin!
Shafran's a real poseur.

one wonders what this chick would encounter from the elite commenters if she mentioned "white people" ?

Why should she or her friends be identifying anyone by race?

The same responses. Why? Are you defending her?

Aw, the page got deleted. Good thing I took screenshots!

If she could stand doing Manes, she could give head to the Teamster's union bosses in one afternoon, without even breaking a sweat!

Phyllis. It's only April. Halloween is in October. Why you wearing that fright get-up so early?

GREAT PHOTOSHOP JOB "CRAPPY"...only it's Austin Shafran's mom that did all of the shagging when she was a looker back in the day.

Isn't Phyllis mentioned in the book, "City For Sale" as having been Donald Manes' consort?

In that "strategy" meeting photo, what's he doing? Spanking his monkey?

Phyllis isn't that bad looking. What a pretty face. She has the nicest lips I've ever come across.

Have you been to an optometrist in the last year or so?

Sarah Dinhofer is just out of high school. Cut the kid a break.