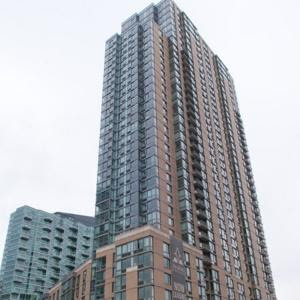 Blue-collar Mets stars have forsaken Yankee-style Manhattan condos to pitch their tents in two rental buildings on the Long Island City waterfront — a 20-minute drive or quick No. 7 train jaunt to Citi Field.

Neighborhood sources said the young players, along with manager Terry Collins, are concentrated in a shimmering 39-story building along the East River, where rents range from $2,200 to $6,000 a month, and a 32-story sister skyscraper two blocks away.

“There aren’t too many areas of Queens where celebrities are living,” said Andrew Kleinberg, a portfolio manager and neighborhood blogger. “It adds cachet, and that’s hard to get here.”

Okay, just have to say that several members of the '86 Mets lived in Queens, some of them near where I lived. They hung out in local bars and lived among the unwashed masses. Most of the Brooklyn Dodgers lived in Brooklyn. This isn't something new so I have to wonder why it's newsworthy. Someone with a vested interest in filling buildings in LIC must have a friend at the Post.
Posted by Queens Crapper at 10:24 AM

i've read that Keith Hernandez lived in Forest Hills Gardens. I have also heard that an active player lives in a forest hills coop building near the 71st continental ave station

i bet the single players live in flashy buildings. the married with kids ones live close to good schools

The minimum salary for major league baseball players this year is $490,000.

Journalists are too snooty to be caught here

The Wilpos must own some property over there.

The problem is image - years ago it was perfectly fine to live in the borough and many prominent people once did.

Today its image is downtown Flushing and Jamaica, Ozone Park and Elmhurst.

So if someone lives here that are not ghetto or a desperate hipster just getting started, it IS a newsworthy story.

Considering how they play, renting is a better option.

I remember quite a few of the 86 Mets used to hang out in Oneill's in Maspeth back then.

Di Piazza used to live in Malba in an extremely tacky
Italianesque Mc Mansion among the rest of the "goombahs".

Then there was that other player who lived in an equally ugly villa in Little Neck.

I believe that both houses were sold.

The Yankees have more class.