Paul Vallone will take a judgeship OR a council seat... 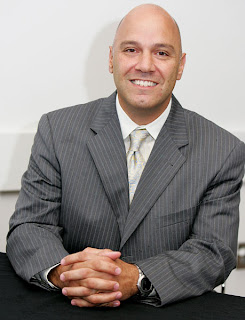 Each year the Independent Judicial Election Qualification Commissions releases a list of candidates for various judgeships, detailing their qualifications for different positions before the November elections.

In the most recent results made public last summer, Vallone was listed as a qualified candidate for Supreme Court justice and highly qualified for judge of the Civil Court. Both ratings will stand for three years, the commissions said.

Just months later, Vallone announced his Democratic candidacy for the seat held by Councilman Dan Halloran (R-Whitestone) with a kick-off Jan. 8 in Whitestone. Campaign finance records also showed Vallone had been collecting funds for the Council run as early as October 2012 — less than five months after his judgeship qualifications were released.

Vallone said he was proud of the recognition from the election commission, but it in no way interfered with his Council campaign.

“We are 100 percent committed,” Vallone said. “The year 2013 is my commitment for Council. Last year it was another process.”

Pick a job, any job. So long as it lands his ass on the public dole, he'll take it.
Posted by Queens Crapper at 8:41 AM

The fact that daddy and big bro Petey were actively trying to get the now indicted councilman Dan "show me the money" halloran a judgeship , in order to get him out of the way.

Daddy Vallone has the connections to get it done. Paul doesn't want that job! He wants council. Easier to rape the rest of queens.

What it proves is simple: the Vallones don't care what political position they hold, as long as they hold it. They feel that they're qualified - end of story.

Proof-positive: Peter Vallone Jr., who has been itching to run for District Attorney for years, is running for Borough President instead because he would lose if he were to run against the current DA, Richard Brown.

Petey has gone to many Borough President candidate nights and the audience has been confused as to what he's running for, as he spends most of his time talking about law and order / public safety.

Don't be an ass!
A judgeship is worth more than a council seat, and term limits don't apply.

Don Paulo wants to be a judge just like his grandfather Charlie was.

Word has it that Paul is the dumbest of the Vallones.

He's tailor made to be a crooked judge, who will take orders..."order in the court"...from county officials.