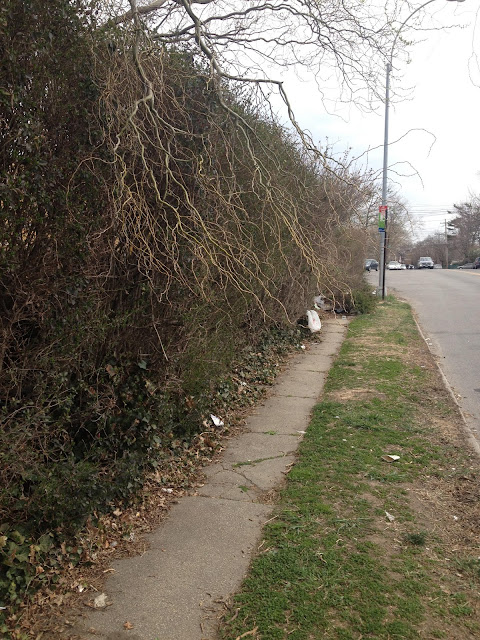 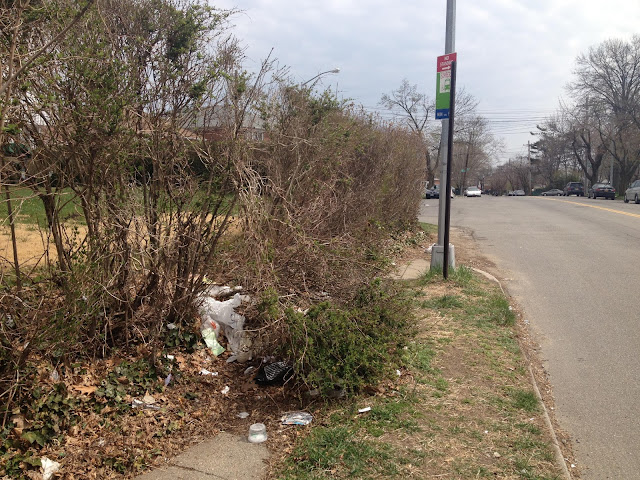 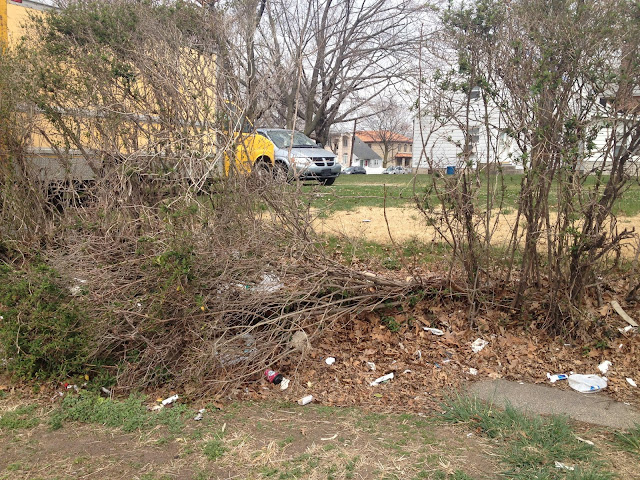 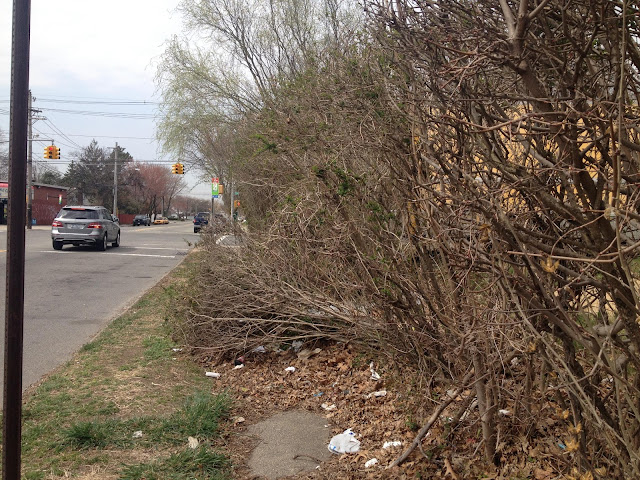 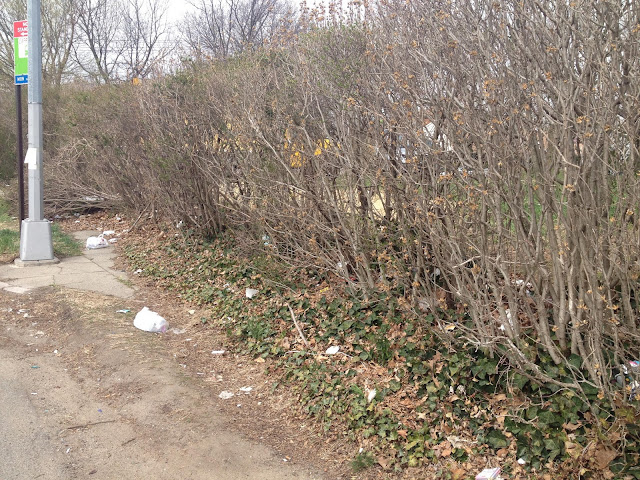 "On the corner of 154th Street and Willets Point Blvd. in Whitestone there’s a vacant lot that is becoming an eyesore on that part of the community.

Apparently the owner doesn't pay too much attention to the landscaping and current situation of his property.

There’s a fallen shrub on the Willets Point side of the property that forces pedestrians to take the street in a heavy traffic avenue such as Willets Point.

Also a trash receptacle should be placed with the respective “Do Not Litter” sign by the city since commuters waiting for the QM20 express bus may be responsible for so much garbage accumulating on the hedgerow (shame on them if they are the ones littering)." - Walking in Whitestone
Posted by Queens Crapper at 12:56 AM

And here I was thinking it was one of those "forever wild" greenspaces used to naturally absorb rainwater before it causes flooding. Who knew?

NOW...It's not a vacant lot. THere is no owner adjacent to these bushes. THat's actually a mapped NYC street, that was closed, or abandoned or de-mapped.... So the city actually owns that. THe parks dept should do something, but they cant because it's not a park.

Damn!
You just gave away one of the spots where I used to have sex with my hot intern.

That's where I push, push, in the bush.

If there's a bustle in your hedgerow, blame the commuters...

Quick Scott get rid of that toxic shit you dumped there. Or at least get rid of the barrels with the company logos that were left behind.

Well, if the Parks dept won't do anything to maintain it/fix it, maybe we/someone, or you, could/should submit a SR/complaint then with a no response in hand, some volunteers, or you can go fix it the way you want it.

Maybe someone can submit a 311-SR to MTA to install a sidewalk, or a bus shelter. That would also make it a bit safer with the additional lighting the shelter would provide.

Great amenities offered for all those $6 fares.no ?

Anon No. 8: The MTA doesn't install bus shelters. City DOT is responsible for that.

Well, if you really want to be 100% correct, N accurate #10, "A private company installs and maintains bus stop shelters in accordance with franchise agreements. The City reports complaints to the bus shelter contractor and monitors compliance."

But, yes, maybe All 311 SR get inspected by DOT, as a DOT rep told by phone then gets transfered thru MTA, then CEMUSA, the private contractor which has the current $2+ Billion contract.