You really don't want to mess with Sunny Hahn 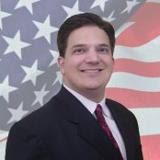 Just two weeks after state Sen. Malcolm Smith’s bribery bust, a Queens GOP boss offered a City Council hopeful the party’s endorsement in exchange for consulting jobs for him or some pals, The Post has learned.

He promised her the party’s endorsement as she looks to challenge Councilman Peter Koo for his Flushing seat. Koo was elected in 2009 on the GOP ticket, but later became a Democrat.

“If you . . . consider hiring me or [Republican] party people like me, it would help to get an endorsement,” Graves told Hahn, according to multiple sources.

“I called him back the next day and said, ‘I cannot accept an endorsement with conditions,’ ” Hahn told The Post.

Graves got nervous when she refused, and said, “No, didn’t mean that. I didn’t’ mean conditions,” Hahn claimed. 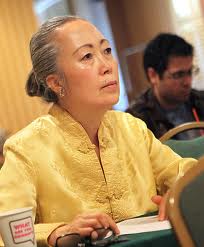 The FBI was immediately told about the alleged shakedown attempt, sources said.

Graves denied offering an endorsement to Hahn in exchange for a consulting gig.

“Even if I were so stupid to be that way in the first place — which I would not — in the current environment, that would be ridiculously dumb.”

Graves claims he stressed to Hahn that only the Queens GOP chairman, Phil Ragusa, could endorse a candidate.

But Ragusa distanced the party from Graves.

“If he went out and did it on his own, that’s not my problem,” he said.

“If what you’re saying is true, clearly, we are very upset because he never had the authority to do such a thing.”

Look folks, local politics is ALL about consulting contracts. You want to run, you have to hire the right firm, or you don't get the backing of the county organization. That goes for Democrats as well as Republicans. It's not about philosophy. It's about tweeding. The consultants get to feed off the 6-to-1 matching funds that we taxpayers hand over to the candidates. This may be one of the few times that a little sunlight has fallen upon the practice.
Posted by Queens Crapper at 12:40 AM

"Look folks, local politics is ALL about consulting contracts. You want to run, you have to hire the right firm, or you don't get the backing of the county organization. That goes for Democrats as well as Republicans. It's not about philosophy. It's about tweeding."

That's the way it works with Evan Stavisky and his "Parkside Group" for the Democratic machine.
Use them or forget about the county organization's support.

Evan is making more money for his dynasty than if he were a councilman.

And CB#7's Chuck Apelian has gotten printing contracts from the Vallones in exchange for favors.
Chuck's "Prestone" firm has raked in $$$$$$ while he sits on the community board. That's clearly a conflict of interest.

Where the f--k is the FBI?
Please train your sights on Flushing...one of the most rooked hot spots in NYC!

If I lived in her district, I'd certainly vote for her.
She's a lady of great integrity.

The best of luck to you, Sunny.

You want to run, you have to hire the right firm, or you don't get the backing of the county organization.

Like hiring Nussbaum's Multi-Media Advertising company to do your mailings and glossy promotional materials. And, as a bonus, that also gets you the endorsement of the Queens Tribune.

Given the state of the Queens Republican party it's pretty clear that these firms don't even know how to win.

One needs to double dip and hire real consultants in addition to the tweeding phonies.

The Democrats are smart, they outsource the work to the unions. Sure it screws over the taxpayers, but it's pretty clear the voters don't care.

An interesting profile of one Queens voter that I witnessed today:

A woman was bent over her little front yard patch of lawn. She was using a table setting fork to remove tiny clover leaves so that the grass would look pristine.

I'll bet she doesn't know who her elected reps are...councilman from assemblyman...or that her Congrssman isn't responsible for trash pickup issues.

Multiply this insular voter by thousands and you have living proof of why we get the crooks we get representing us.

Doesn't Ragusa ever know what's going on behind his back. Huh? Maltese, Padavan, and Abel? Huh?

It was reported that Stephen Graves resigned from his Queens GOP leadership post last year because of a similar scheme, in which he tried to solicit a bribe from a voting machine company that participated in a bid to win a contract with the city on new voting machines. In that case and as here, he claimed that he had the influence and connections to get his would-be client the gig in return for a consulting/finder's fee.

The fool is a wannabe Vince Tabone. He should be formally excommunicated from the party by a board vote.


"If I lived in her district, I'd certainly vote for her.
She's a lady of great integrity."

The Republican party should be dissolved.
It's out of touch with the 21st century.

Unless Sunny recorded that conversation,
her accusation will never hold up in court.

Prove your case and sign your name,
instead of hiding in the dark corner of anonymity.

Maybe you're one of Kevin Kim's trolls.

"The Republican party should be dissolved.
It's out of touch with the 21st century."

We'd be so better off with just joe Croqwely running evrything. Oh wait, he does...

You sound like a typical GOP tea bagger.
LEARN TO SPELL!

Oh wait, Phil Ragusa already does that job so well!

The GOP is already on life support.
I think that Dan Halloran just pulled the plug on it.

And you sound like a communist who is dying to live under one party rule.

I hate to disappoint you, fella.

I'm not a Communist.
I'm not a Democrat.
I'm certainly not a Republican,
as you might have already gathered.

I'm an independent voter who votes for the qualified candidate. I do not genuflect before the supreme walrus...Chairman Ragusa...or Chairman Mao!

Come to think of it...you sound more like a hardline totalitarian hard head yourself.

I seemed to have touched a nerve here.

We already have a one party system in Queens ...because of brain dead GOP doofuses like you...who don't know how to put up a good fight, or a decent candidate that Queens residents would be happy to vote for.

The GOP has offered voters feeble idiots to oppose the Democrats. No wonder the Dems keep on winning.

That's why we have the Democratic dictatorship of Queens.

I invite the GOP to offer voters some quality goods... instead of perverts like Dennis Gallagher and Dan Halloran.