Meng lies about her relationship with Multimedia 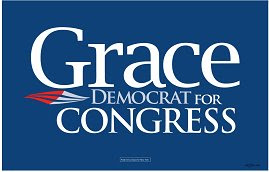 Thank you for contacting me about the use of Grace Meng of the Multi=media company which is connected with the Queens Tribune.

If you have followed our Women's Center activities, you would know that we have had a campaign against the use of community newspapers for exploiting women and featuring ads that encourage prostitution.

I learned of the fact that Grace Meng is using this company through an editorial of the Queens Chronicle. Mark Weidler, the publisher, was the first one to cooperate with the Center's campaign to voluntary agree never to publish these ads!

I do not know if Grace Meng is aware of the connection with her campaign advisors and the Queens Tribune. I have left message for Assembly Meng today to talk to her in her district office. She is probably in Albany and it may take a day or two for me to reach her.

I respect Grace Meng and have heard her champion rights for women and I do not for a minute believe that she is aware of the connection. I do not want to harm her campaign and believe she has the right to be informed of the issues.

I appreciate your letter and your efforts. You can be of enormous help by sending your complaint to her. I can assure you that I will follow up. I am personally acquainted with all of the Democratic candidates for the Congressional seat. They all are very sensitive to the issue of sex trafficking and domestic violence and have concern for women's rights.

The issue needs to get public attention and we have to raise the public awareness of the exploitation of women for the sake of advertising dollars!

Let us see what her response will be. Thanks for your concern on this issue.

Multi media is not receiving any consulting fees from my campaign. They are printing some of our posters/fliers.

Thank you for inquiring.
Sent from my iPhone

What does that mean? Why exactly does Meng feel compelled to use Multimedia for her printing considering their seedy rep and connection to sex trafficking ads?

The Meng campaign just hired Multi-Media, the consulting firm the Tribune claims acts independently of the newspaper, even though it’s headed by the paper’s associate publisher, Michael Nussbaum.

So what does she get for hiring Multi-Media? Political advice, mailers and, just maybe, last week’s Tribune front page, which focused on Meng’s “making history” with her campaign (she’s Asian, you see), and relegated her competitors to inset-style photos.

And let's also revisit the first paragraph from a recent City and State article:

A spokesman for Assemblywoman Grace Meng’s congressional campaign confirmed this morning that its main campaign consultant, Michael Nussbaum, urged a Jewish state committeeman in Queens to run for the same congressional seat as Meng.

Why would someone who's "just a printer" be contacting other candidates and asking them to be vote splitters?

Assemblywoman Grace Meng unveiled her congressional campaign team today, which is notable as much for those involved as it is for those not.

Multi-Media, Strategist and Consultant; Michael Nussbaum, executive vice president and associate publisher of the Queens Tribune, is the principle at Multi-Media. The Tribune was founded by Congressman Ackerman back in 1970.

GRACE MENG IS A TERRIBLE LIAR.
I threw in Jawin's "Grace must not know" response for comic relief. I could see how she could miss these ads in the Trib every week: 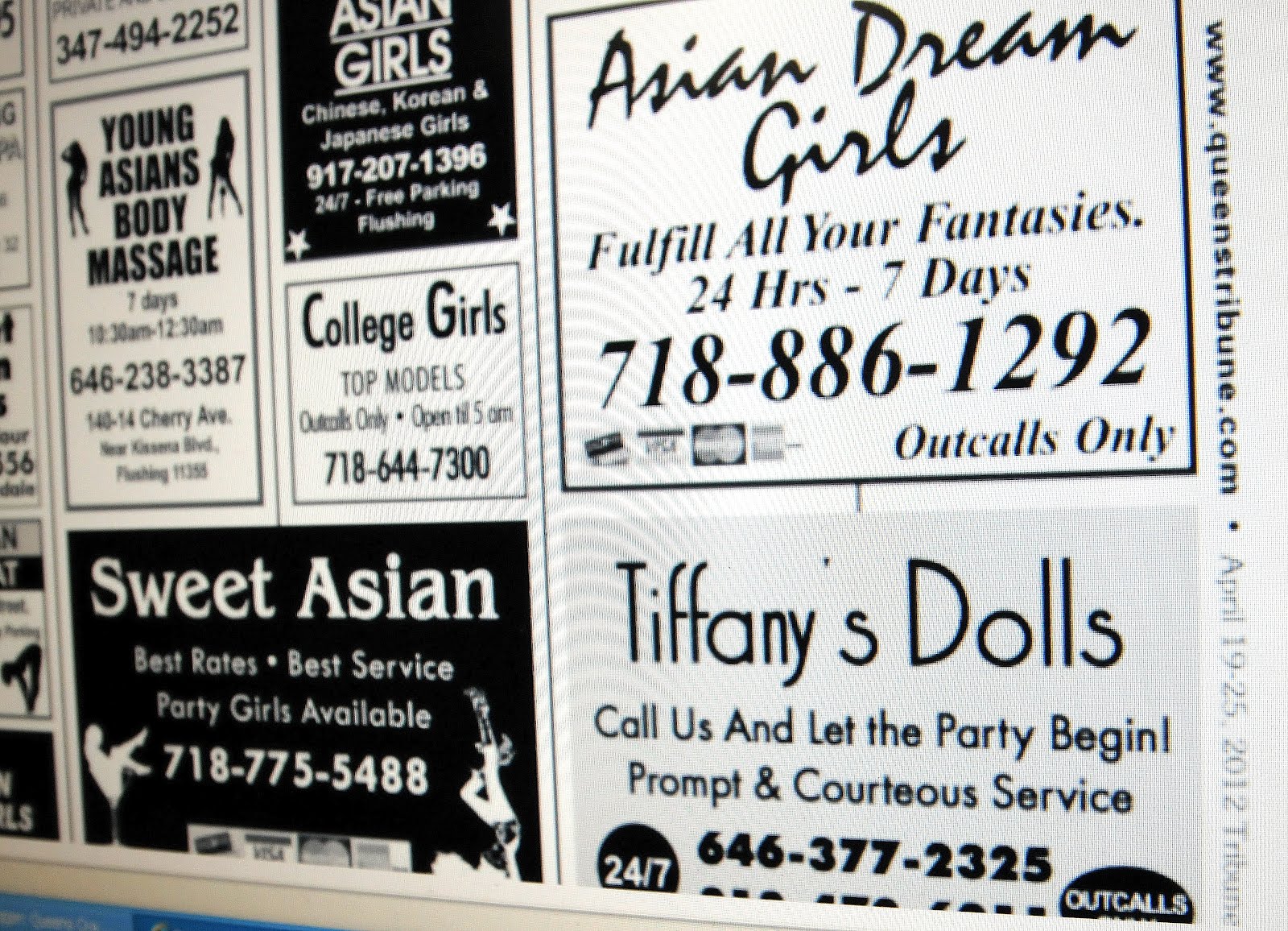 Why does this "women's group" have a boro hall office address unless they are an arm of the Queens Machine?
Posted by Queens Crapper at 12:19 AM

Does Grace really think that omitting Meng from her campaign literature is going convince anyone that she's not the Oriental daughter of an Asiatic gangster?

No photo...no "Meng"...
appearing on her campaign posters.

Does Multi Media (and the Queens machine) really think that they can conceal Gracie's ethnicity from the voters with this flimsy move?

C-mon now...
you're all scared she can't get enough votes to win as she is.

Even with the newly created (so-called) "Asian district"...
this lackluster Taiwanese-American candidate can't carry enough of the non-Asian vote...to guarantee her a victory.

So,
Michael Nussbaum has to resort to employing simplistic dirty tricks...like the amateur adviser that he is.

And goodbye to all of those $$$$$$$$$ you and your daddy shelled out to the Queens Tribune's political consultation division.

Multi Media
is the real winner of this race.

Meng represents the ultimate personification of the "inscrutable Oriental".

This lying dragon lady maintains a frozen, emotionless expression in the midst of her treachery.

When caught red handed,
she offers up an explanation that she cut herself shaving.

Do you really want this gangster's daughter representing the district?

That's an awful lot of money to be paying Multi Media for just printing posters and fliers.

I guess Jawin will still hand Meng a plaque to tomorrow. It's too bad that the former First Lady of the state of New York and mother of the current governor, Matilda Cuomo, has to be involved in this sordid situation.

Grace, if I were you, call in sick tomorrow.

A candidate for the House of Representatives?

More likely a candidate for the House of the Rising Sun.

Anon #5 states:
"No photo...no "Meng"...
appearing on her campaign posters."
- - - - - -
Not everywhere. In downtown flushing, her full name and her picture are in posters in 3 languages (english, chinese, korean.)
Posters in english only with her first name only and no photo are posted in other areas such as forest hills, kew gardens hills, etc.

Thank you for exposing this sinister "sister". Am ashamed of people who call themselves "Catholics" yet refuse to make a case for school vouchers.

Grace Meng is fully aware of the foul ads in the Queens Tribune !!! The Bitch is not Blind she just does not care Period !!!!

I think it's time for Grace to hire another consultant: Reputation.com.

Meng might be showing her face
and full name in the Oriental downtown Flushing hub,
but she can't carry the election with just the Taiwanese-Chinese votes alone.

The Koreans and Peoples' Republic of China-Chinese don't like her or trust her very much.

If Rory lancman doesn't make it,
my prediction is:

In a race between Democrat Meng
and Republican Halloran....
Halloran could win.

I'll vote for that!

Nobody trusts Asiatic candidates any more.

i.e.
NYC Comptroller John Liu
has fouled the well for all the others.

did i read today that the alleged north korean communist ,John Choe was a bundler for Grace Meng ?

Got to keep these Asiatic laundered cash pipelines running smoothly so that the county clubhouse can pay its bills.

And where else besides developers would Democratic candidates get their political campaign money?

Taiwan, Peoples' Republic of China, or Korea....money is money!

It's the mother's milk of politics.

What the hell does John Choe do for a living besides working for so-so Oriental employers?

At least his old boss John Liu was qualified enough to work for a prestigious American firm...Price Waterhouse Coopers.

He'll be working for the prison warden soon....we hope.

Dontcha luv it...
a North Korean Communist sympathizer
hooked up with a gangster's daughter?

Better keep an eye on your pet
dogs and cats.

They're gourmet treats
in Korea and China.