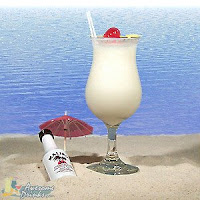 Officially a chance to discuss issues of concern to Puerto Rican and Hispanic voters, the conference, known as Somos el Futuro, is unofficially a giant schmooze-fest, a place to foster relationships and broker deals by the pool, on the beach or in the casino.

Some longtime conference participants were having none of it. On Saturday afternoon, three members of the Vallone clan — Peter J. Vallone Sr., a former City Council speaker, and two of his sons, Peter Jr., a current councilman, and Paul — were all on the beach, shirtless and bronzed.

The younger Peter Vallone, another possible contender for Queens borough president, was unapologetic about his decision not to attend any of the conference’s panels or networking events; he was treating the weekend as a vacation, with the bonus of being able to run into people on the beach whom he needed to talk to.

“I decided long ago that I wasn’t doing the lecture thing,” he said, adding that he had told colleagues, “ ‘I’ll be on the beach — you can find me there, with a piña colada.’”

Spoken like a true Queens Borough President contender. Interesting how this guy is worried about fluoride in the water but not skin cancer which can actually kill you...
Posted by Queens Crapper at 12:54 AM

Quck! to the Gazette! if its not in there it doesn't exist!

if its in there it doesn't exist!

Maybe Vallone is down there studying hotels and waterfront towers and the interplay of light and shadow on development projects.

Funny how Vallone is enjoying the beach while contemplating walling off HIS community from ITS waterfront with towers.

How are the hotels?

You voted them in, have fun now.

Who paid for the fest? taxpayers or pols?

“I decided long ago that I wasn’t doing the lecture thing,” he said, adding that he had told colleagues, “ ‘I’ll be on the beach — you can find me there, with a piña colada.’”

THAT, dear people, is the results of having doormats as constituents and a single party as your government.

Not to worry. Ragusa, Haggerty, and Ognibene will come to the rescue. The Queens County Republicans will save the day from these kinds of outrages.

Smoking Cigars, drinking Pinga Colladas. He has been doing this for years, why the surprise now? Everyone knows about it and no none cares let them screw all of Queens instead of just Ass toria.

Speaking of the Gazzett, see the puff piece the Vallones had don on Halloran? It was done by some guy who has never done a story for them ever and a close personal friend of the publisher, who is daddy Vallones soldier.

"Not to worry. Ragusa, Haggerty, and Ognibene will come to the rescue. The Queens County Republicans will save the day from these kinds of outrages."

Start voting for whatever party doesn't hold the office. Make your own term limits.

Well I disagree here with the thought that Vallone goes to PR to go to the beach. That's what one should do in PR visiting - enjoying one's self.

I take umbrage that the PR/Hispanic lawmakers, lobbyists and labor leaders from the NY Assembly meet in PR. Isn't the business of these folks the business of New York/ They should have convened in Rockaway Beach instead, so that they could see what work they need to do at home, first hand!!!

Leave it to these fools, that meeting in Spanish Harlem would have been more eefective, where most PR still living there have never been to PR because they are mired in poverty and cannot afford to visit family in PR.

the WSJ reported that NYS Speaker of the Assembly, Sheldon Silver had a bike accident while attending this Hispanic political function in P.R.

he reported that he hit a pot hole ,fell and cut his head. locals drove him to a distant better hospital than the one nearby, for seven stitches.

he flew to nyc ,soon after.

he reportedly was advising Sadie Khan to start a bike lane project in P.R. A.S.A.P.

Why is this a surprise to anyone? City Councilmen, State Assemblymen. It's all a payday scam for a particular shade of the population. Have you ever seen these people, on TV, badmouthing America, the Police? All a joke.