Some Pink Gems for V-Day 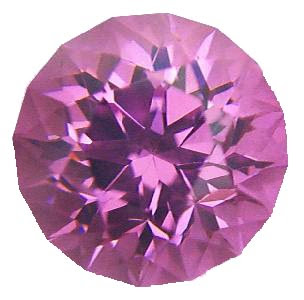 "The lobbyist group that the developer hired, do I know them? Yes. Do I know all the lobbyists in New York City? Yes.” – Councilman Dennis Gallagher as quoted in the Queens Ledger, September 20, 2006

“City Hall is filled with lobbyists for every program imaginable, but there is no lobbyist for the middle class in New York City.” - Councilman Dennis Gallagher as quoted in City Journal, Spring 2003

“Did I receive donations from Brian McLaughlin? Yes, but they all came at a time when he was considered to be an outstanding legislator and labor leader, when nobody would have guessed this was going on.” - Councilman Dennis Gallagher as quoted in the Queens Chronicle, November 2, 2006.

"The DOB used to be ringing doorbells up and down the block, but I believe that has stopped, correct? Do not let them in. Let 'em get a warrant." - Gallagher attorney, Jake LaScala at a civic meeting as quoted in the Queens Ledger, February 8, 2007.

The article continues: He promised that he would go to court with anyone who encountered problems with the DOB, a promise the councilman has been advertising on flyers throughout his district.

Yes, you read everything correctly. Gallagher is proud to know every lobbyist in the city, and well aware that there is no lobbyist for the middle class. He attempted to justify taking money from the indicted Brian McLaughlin, but didn't explain why he as a Republican would take money from a Democrat. Pinky is also advising people to not allow DOB into their homes, thereby encouraging illegal apartments. Not only that, he will take their side in court if DOB catches them. Does anyone think that DOB has the manpower to send people out door-to-door anyway? They don't even show up when you file a specific complaint...

Amazing, isn't it?
Posted by Queens Crapper at 6:41 AM

"PINK-POOP-GALLAGHER"! Why isn't he in jail yet?

This Pinky grabs himself more money for his part time job, so that he can use it to screw his constituents while trying to prevent the DOB from performing its obligations to protect the neighborhood.

You hate the DOB?

Then you must love the fact that you cannot find a parking spot anywhere near your home.

You must love the fact that your child's school is bursting like a frozen pipe, with the children of the illegal tenants (who never, ever, pay the property taxes that support the schools - that's your burden, and Pink Asshole couldn't care less about you!)

You have to love that the police response is long delayed, and, that when the police do finally arrive, they do nothing for you, but now, these illegal tenants feel free to terrorize the neighborhood all the more. You have Gallagher to thanks for this.

You must love the fact that English is no longer spoken in your neighborhood or in your kids' school.

You must love the fact that all the cars parked in the spots near your house have out-of-state license plates. Your illegal tenant neighbors look at law as just obstacles to avoid.

Now, Pinky Gallagher is the friend of the illegal landlord/tenant. This friendship is a real moneymaker. The developer, the landlord, the tenant (and kids and cars) and Gallagher. Better than Walmart!

Gallagher will buy and sell your neighborhood to the highest bidder of cash to his pocket. Screw you.

You don't want to write at this moment? When will you write? After Gallagher has your furniture out on the sidewalk?

Why just singling out our friend Pinky?

Remember, we got the entire rainbow here in Queens. Different colors, but all just seem to have the same tint, or should we say, taint?

Of course the Manhattan crowd will tut tut what you say (you little rustic Archie Bunkers) -- as they squeeze this element our of their borough -- into yours!

Write to ol Crappie! We would like to hear from you!

There's a strange conflict going on over there on 70th St. The president of a local civic association, and apparently a homeowner on 70th St, are quoted in the local paper as telling the residents NOT to allow the DOB in to inspect. And they're both damn proud of it, too!!

Funny how the major complaints at a community meeting about DOB not doing their job comes up right before complaints about "harassment" by that very same agency.

This is a borough whose leadership is totally out of control - something that happens in petty forgotten places on our planet where candidates run unopposed, and a cahoots press goes along for the ride.

Of course, no one else in the other boroughs is going to help us - it’s in everyone's best interest to keep us barefoot, pregnant and in the kitchen - someone has to be the dumping ground for our city.

On target there with that one.

This borough does everything to encourage the deterioration of communities,

from having a blind eye to Art Crapo architecture,

ignoring a construction industry (from the crowds on street corners in shape up lines, to falling down construction fences, etc) that does not even try to mask their disregard for regulations,

to convincing homeowners to be absentee landlords whom regard their properties as a gold mine,

to permitting a plague of illegal conversions,

to encouraging an influx, immigrant, or emigrant, to treat everything the people in a community hold dear in casual contempt.

The illegal conversion problem is much more than the DOB. Politicians avoid the topic, and the housing court turns the other way.

That is great. So let's keep harping on the issue again and again.

Maybe the public can write letters to the newspapers, and, yes, ask about this at town hall meetings.

It is only fitting that these "tender" and numerous expressions of "love" be expressed on Valentine's Day for such a doosh-bag like "Pinky"! I hope you or a staff member are reading these sentiments Dennis so that you know what the community thinks of you! Why don't you just go and wipe your bum with what's left of your scrupples! I'll be glad to send you a roll of pink bathroom tissue!

The last time that Pinky went to "wipe his bum", he ended up wiping his mouth. And, never knew the difference!

What's the law regarding Recall of NYC Council Members?

Jake LaSala would probably have the answer, so someone should contact him. He is a great attorney, or, so says his ads.

If we can Recall Pinky, it would be worth the effort, and we could comfort ourselves that it's the penance we must endure for the sin of voting for him. Oh, wait! he never had an opponent.

Can we get the ball rolling on this? Jake, can you leave a comment?

Yes, trash would be an accurate desciption of this fellow.