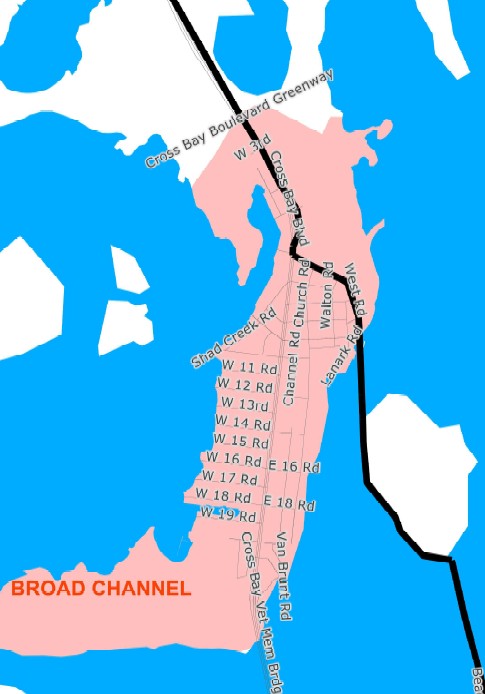 The Districting Commission's latest round of maps includes gerrymandering Broad Channel into two districts. West of the black line is Council District 32 and east of the line is 31. 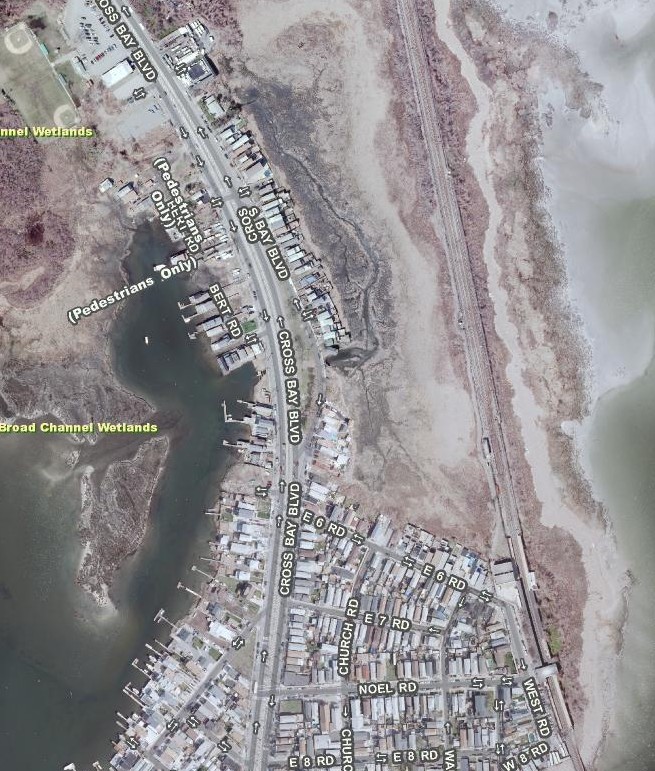 It's hard to believe that the tiny population of the island couldn't be kept together in one district. The row of homes east of Cross Bay Blvd and north of East 6th Road will now be in James Sanders' current district while the rest of the island is in Eric Ulrich's district. I suppose the Commission figured that no one in Broad Channel would catch this since they are still recovering from the storm damage. Nice try, guys!
Posted by Queens Crapper at 12:43 AM

SHOW US THE REST OF THE MAP!

IT SEEMS TO ME THAT THE INTENTION OF REDISTRICTING IS TO DIVIDE COMMUNITIES. BROAD CHANNEL in 2 pieces and if my guesstimate is right-Howard Beach above it in two pieces? How many pieces did they carve Richmond Hill, Ozone Park and Woodhaven into? It's crappy to be made to feel like you don't count!

Zip codes are utilitarian ans should be heeded in redistricting (untuil the politicians play with them, too).