Hope you folks like tennis (and have money to burn) 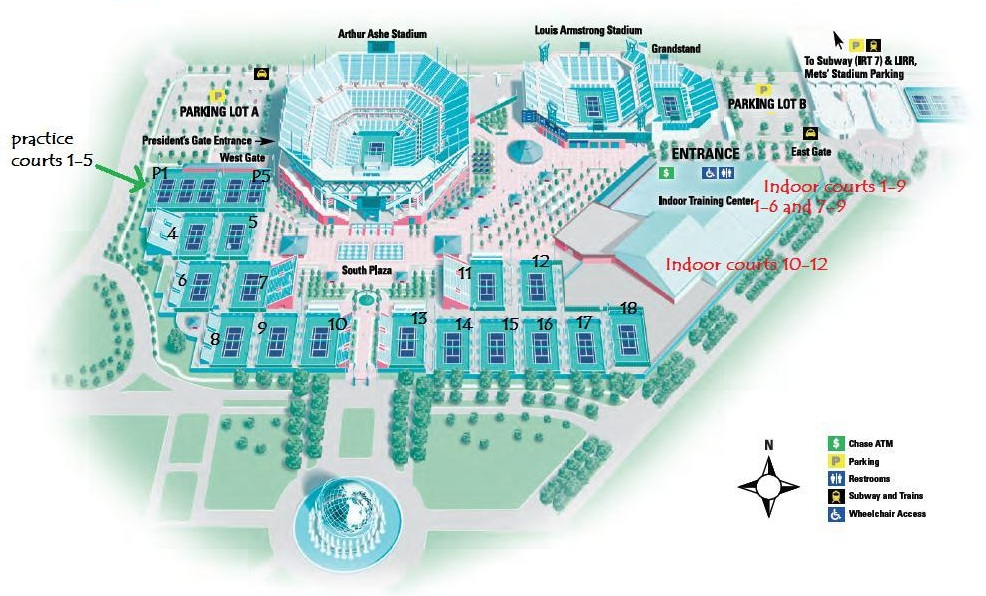 Community leaders say the USTA should have to replace the 0.68-acre strip that will become part of the complex, which hosts the U.S. Open every summer. Instead, the city plans to ask for a still- undetermined financial commitment from the tennis organization to refurbish parkland nearby. Money is one thing the USTA seems to have in abundance: Its CEO received total compensation of $1.4 million in 2010, and 12 employees were paid more than $400,000, according to a Crain's review of its latest available financial filings.

But the Bloomberg administration has decided the USTA will not have to replace the parkland because the Billie Jean King National Tennis Center is open to the public 11 months a year and serves the community.

"In the case of USTA, we decided improvements in the park will provide a greater benefit than scrounging for a small parcel someplace else," said Joshua Laird, the Parks Department's assistant commissioner for planning and parklands. "We like the USTA; we like having the tennis center in Queens. The Open itself is important to the city."

With Major League Soccer eyeing the same Queens park for a 25,000-seat stadium, the community is fiercely defending every inch of remaining recreational space.

"The general sentiment of the families we work with that live near the park is that the USTA is not at all accessible," said Joseph McKellar, executive director of the Queens Congregations United for Action. The courts, for which the USTA charges $40 to $66 an hour, are too expensive for many in the neighborhood, he said. "The sentiment is, 'Wow, they already don't do much for folks in the community, and now they want to take even more of the public space.' "

From what I understand, "Parking Lot B" in the upper right hand corner of the above map is where they want to build their new stadium.
Posted by Queens Crapper at 12:01 AM

Pardon me. I forgot to mention the complicity of Community Board 7 in that shady land grab.

I suppose that now I'm on their "shit list" too, for opening up my big mouth.

Isn't it time for some of you timid souls out there to open up yours too?

Point your finger at your lazy, or crooked, elected officials.

They can't bite you. YOU are their employers, and DON'T you ever forget that!

I do wish to express my family play tennis in instructional tennis groups for years at a fraction of the cost of a private club in the best facilities in the world. Everyone can play and is invited to play tennis at low or no cost at the USTA facilities. At least they kept their word. Go play on the public Trump gold course in the Bronx - lucky they will let you golf at midnight on a Sunday night while it's snowing!

Why can't the USTA build above the adjacent Corona Yard? So many of the city's other great projects- Hudson Yards, Barclays Center, Riverside South, etc, were built above rail yards.

What has the USTA giveback to our park in 30 years???

Anon No. 3: Possibly because those other facilities are built over relatively solid ground that would bear the weight of a big tennis or soccer stadium built over the a railyard. What sort of pile driving effort would be needed to build something over the Corona Yards - the one storage facility available for Flushing line trains - and how disruptive would that be to 7 line service?

Building a stadium like this in FMCP or over the Corona Yards is a terrible idea. Brooklyn supposedly wants it - let them have it.


Your family can play tennis in any public park that offers it, for even less...so, cut the crap!

This is about the 3rd time you've posted that same old thrifty line on Queens Crap. Yes, we're counting!

He and his troupe can well afford to play golf in Trump's Bronx facility.