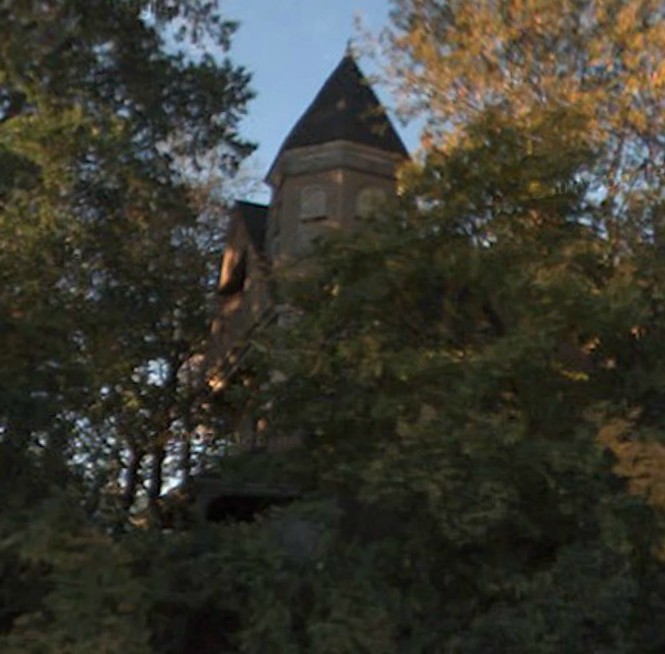 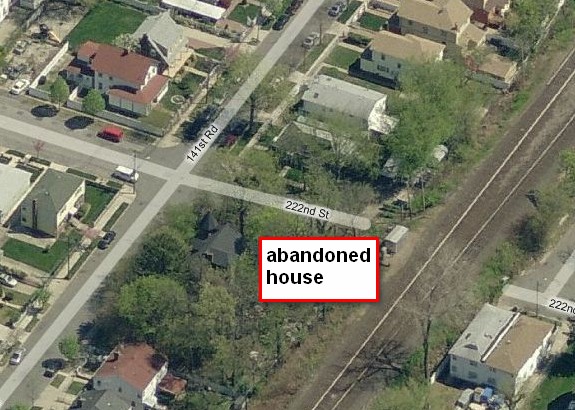 I am so intrigued by this house, HOW IS SOMEBODY PAYING TAXES ON IT? so weird.

I take the LIRR every day, so it's a frequent site. It doesn't seem as much scary as just depressing.

See it every day as I commute on the LIRR. It's not so much scary as depressing, as if waiting for someone to make a "Grey Gardens" out of it without the Bouviers. I was remote working for 18 mos. due to the pandemic, and have only recently begun seeing it again.

Something I've just noticed is a truck, looking like a blacked out bus, parked on 222nd Street. The bus appears on Google Street view, where I've seen it, as long as the view you're looking at is later than 2019.

I remember seeing this house a few months ago. Glad to see I'm not the only one wondering what's going on there.