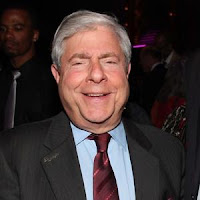 He stole the Nets from New Jersey and the Islanders from Long Island — and now he’s after the new soccer franchise trying to set up shop in Queens.

Brooklyn Borough President Marty Markowitz wants Major League Soccer to drop its plan to build a pro-soccer stadium in Flushing Meadows Park, and instead field a team in the “greener pastures” of his borough.

The Beep says no place on earth can compete with the cachet of the Brooklyn brand — and claims the Borough of Kings is filled with more soccer-starved fans than its neighbor to the east.

“I know Queens is pushing for a stadium, but I believe pro soccer belongs here in Brooklyn,” Markowitz said following a ceremony marking the opening of three new sports fields in Brooklyn Bridge Park.

“Soccer is the Number 1 sport in the world, so why shouldn’t we have a team here in Brooklyn?”

He suggested East New York or Brownsville, saying both struggling neighborhoods could use the economic boost and have the empty land and transportation access needed. He also mentioned East Williamsburg and Bushwick.

“Brooklyn is already in the process of stealing our . . . Civic Virtue statue and moving it to Green-Wood Cemetery, so what’s next, the Mets?” he fired back. “I better go and lock up the Unisphere.”

Vallone has yet to take a position on whether Flushing Meadows is the best place in Queens for a 25,000-seat soccer stadium, saying he has concerns about the use of existing parkland.

Queens isn't pushing for a stadium. Its lobbyist $$$-fed pols are (see above Vallone quote). As far as most are concerned you can have it, Marty.
Posted by Queens Crapper at 12:28 AM

And take the Steinway Mansion from Vallone's district too - the yo's up on Tony Bennett Blvd can't wait to complete their destruction of the community by getting their hands on that REAL ESTATE!

Junior doesn't care squat about much--beyond ensuring the continuance of the family dynasty.

Phew!
More and more BS,
and were running out of toilet paper.

Meanwhile the Steinway Mansion rots, and the best that Pete Jr. can come up with is to turn it into a "club".

Yes, and it would be closed in 6 weeks, sit empty for 2 more until the fire, then the 2 fire.

Then an assessment that it cannot be used as its unsafe.

And an upstate historical society coming in for the blocks to clear the site.

One of the Vallonian homeboys building yet anther entry for 'Astoria Ugly' blog.

Meanwhile Vallone is hot for saving a shoe lathe from Falco Shoes on Steinway.

Kid you not .... its actually getting a Gazette story this week.

Does this community have no pride?

I agree with C'per here: Brooklyn should get the stadium and especially so if they build it on private or poorly deployed public property.

Does this community have no pride?

A quick stroll through what once was a nice place answers that question.

The only good is that their politicians don't do well once they cross Northern Blvd.

Good Fucking Riddance! Put it next to the potato chip Marty boy.