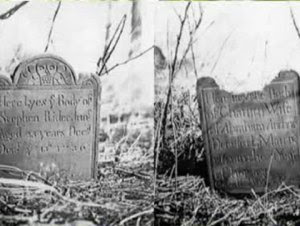 The City Council voted to designate Brinckerhoff Cemetery, the burial site of several of Queens’ first settlers, as a landmark Monday despite an attempt by the cemetery’s owner to claim hardship and thus prevent the designation.

“With the landmarking of the Brinckerhoff cemetery, an irreplaceable part of Queens’ history will be preserved in perpetuity,” said City Councilman James Gennaro (D-Fresh Meadows), whose district includes the burial site. “After more than a decade-long legal struggle, this hallowed ground, which was used as a cemetery for more than 200 years, is preserved.”

...Le Dan Cai, of Linda’s Cai Trading Inc., the current owner of the cemetery, had testified in front of Land Use’s Subcommittee on Landmarks, Public Siting and Maritime Uses Dec. 4 that a landmark designation would pose a hardship for her because she did not know when she bought the property that it was a cemetery.

A landmark designation protects the land from development and previous owners of Brinckerhoff had said they wanted to build there.

Let's remember that the interior of the RKO Keith's of Flushing was landmarked, as well. Landmarking protects the property from being legally altered. Illegally is another story.

So when are the electeds going to get the money together to buy it?
Posted by Queens Crapper at 11:34 AM

After they buy the Steinway Mansion...

Maybe the Greater Astoria Historical Society should buy the Steinway Mansion and move out of their dreary funeral home headquarters on Broadway.