MLS spent a ton on lobbying 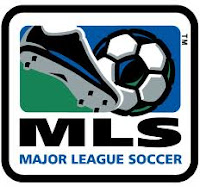 The big winner in Major League Soccer is its lobbying team.

The league is trying so hard to get a new stadium in Queens, it has paid lobbyists $1.48 million since March to score points with officials in Albany and the city.

The spending spree to help secure government approvals for a planned $300 million, 25,000-seat stadium in Flushing Meadows Park is on pace to rival similar lobbying campaigns for Brooklyn’s Barclays Center and the failed West Side football stadium plan.

MLS honchos say fielding a brand-new franchise on the eastern end of the park is a top priority. They hope to break ground by 2014 and have a team playing there by 2016.

Most of the MLS’s lobbying fees — $920,822 — were dished out to HR&A Associates, a politically connected firm staffed with many ex-city officials.

Although the MLS plan is supported by Mayor Bloomberg, it still needs city and state approval because the project would take up 10 to 13 acres of city parkland that, by state law, must be replaced elsewhere. Complicating the process is that the project footprint includes two worn-out public soccer fields the city is in the process of replacing as part of a $2.8 million project.

City officials declined comment when asked if it is fiscally sound to spend tax dollars on new fields that could be ripped up months later to pave the way for a stadium.

Did you know that MLS could require more than $100M in tax exemptions on top of the fact that it's a 501c6 federal tax exempt organization? How many tax breaks are they going to get?

Here's more from A Walk in the Park:

Most of the MLS’s staggering $1.5 paid in lobbying fees since March — $920,822 — went to HR&A Associates, a politically connected firm staffed with many ex-city officials. HR&A Chairman John H. Alschuler, Jr., and Cary Hirschstein a principal in the firm were front and center at back-to-back meetings last week representing Major League Soccer in its continued attempt to seize 13 acres in Flushing Meadows Corona Park to build a 35,000 seat stadium and concert venue.

Alschuler spoke at MLS's rally on Tuesday and Hirschstein the previous night at the Queens County Board.

Those funds however represent only a portion of the money being spent by MLS and do not account for many expenses including a host of advisors and consultants.

Ironically Mr. Alschuler, Jr., is also the Board Chair of the Friends of the High Line.

So he's creating a park in one borough and taking parkland away in another. How very Tale of Two Cities.
Posted by Queens Crapper at 12:35 AM

I'm sure that MLS "schmeared" the right pols to support another parkland land grab!

And, who's getting lifetime free passes to the games at the community board, etc. to go along with this land theft?

Somebody, somewhere (similarly) got free tickets from the USTA to approve their stadium.

"How many tax breaks are they going to get?"

How about the one which will require scores of NYPD officers for security when the soccer hooligans invade?

I wrote about this story a month ago. The only thing that changed is how much MORE cash has been spread around town to green light this monstrosity.

many California cities filed bankruptcy recently , because the city father's borrowed $$$$$ to build seaport piers, tourist areas and sporting facilities, and then the economy tanked with very little taxpayer $$$$$ paid to the cities' treasuries.

the leaders also bargained away salaries ,benefits and pensions for unionized public servants and years later could not sustain these contracts.

At least you had the balls to allow Al to call out the useless politicians on your political blog. Even if he did call out the Democratic candidates for borough president

Adam...you need to find yourself an Eve and get a life for yourself.

You may continue to consider yourself a legend in "publishing"...but, alas, only in your own mind.

Being a dwarf, Adam looks up to Vallone with a smile.
"Maybe he'll give me a piggy back ride if he wins".