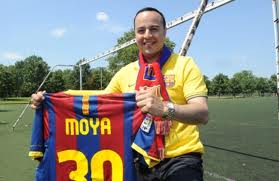 From the Queens Chronicle -

The Queens Chronicle editorial in its Dec. 6 edition, “MLS stadium doesn’t belong in our park” opposing a private for-profit professional soccer stadium in Flushing Meadows Corona Park, is right on the mark. It should be mandatory reading for the plethora of Queens elected officials who for years have evidenced their ignorance concerning the importance of parks in an urban society and have consistently participated in dumping on FMCP with all sorts of illegitimate structures that do not belong in a park.

A case in point is Helen Marshall, our current Queens borough president, who thought it was a great idea to build a grand prix race track around Meadow Lake and a huge Jets football stadium smack in the middle of the park. Her anti-FMCP activities are so egregious as to qualify her as the [“wicked”] stepmother of the park.

Joining her are state Sen. Jose Peralta and state Assemblyman Francisco Moya, who think it fine to sell off public parkland to private business interests. They should be challenged as to whether they would support selling off land in Central, Prospect or Bronx parks for so-called economic purposes.

Term limits will rid us of Ms. Marshall but not of Messrs. Peralta and Moya, whose support for the Major League Soccer plan makes their rhetoric about caring for the poor, the middle class and small businesses empty, and bespeaks an affinity with a constituency of the rich and privileged.

Recognition that urban parks are a resource that cannot be replaced should be an important election issue. Anyone seeking public office who does not adhere to that should not be elected, and those already in office should be denied re-election.

The public should be alert to politicians who attempt to beguile them with justification for their nefarious actions by claiming FMCP is different from the other parks. This is snake oil because there is absolutely nothing in the City Charter that designates FMCP as “different.” This is a phony claim manufactured by Donald Manes, the discredited former Queens borough president, who wanted to turn this park into another Meadowlands.

It should also be noted that the MLS claim that Queens supports a stadium in the park is absurd. Its claim is based upon a poll with 650 respondents, 500 from around Queens and 150 from Corona and Flushing specifically. Sixty percent of the people said they had seen or read nothing of substance about the MLS plan. The 2010 Census determined the population of Queens County was 2,230,722, and in that context a purported poll of 650 people is worthless. Furthermore the poll was conducted by Global Strategy Group, commissioned and paid for by MLS, and Global is also a registered lobbyist for the MLS.

Unless the public rises up and demands the end to the desecration of this park, Manes’ dream may well become a reality and goodbye to a park so vital to the poor and the middle class in our community.

The Queens Chronicle is right to point out there are other nonpark lands where a stadium could be built. Of course, the wealthy soccer club owners would rather have free public parkland than have to pay for nonpark land on the open market.

Benjamin M. Haber
Flushing
Posted by Queens Crapper at 12:41 AM

If it wasn't for the USTA objecting, no one would care about what the people of Queens say.

They are behind this backlash...

Seriously, what is that woman's credentials. Does anyone know what her resume looks like.

What, if any, ties does she have to Tommy Huang?

Is she going to support Huang's variance application for his Bayside project? No word yet!

Helen Marshall is merely rehashing a few of Donald Manes' ideas for FMCP, that he had proposed over 30 years ago.

Does she ever have a good original idea springing from her brain? It's doubtful.

Press the button on the back of the Helen doll, and she says "YES, YES, YES" to every developer that sits at her conference table.

In fact, Manes wanted to sell off FMCP, bit by bit.
So what has changed at borough hall?

Damned little that I can see.

"The Donald" is dead,
but apparently his ghost still haunts us all!

Please go away Helen
You have done NOTHING that benefits or improves the lives of the people of Queens.
Just go away...
Next.

Maybe it's time to consider laying down the office of borough president.

What is it's real purpose anyway?

Look at all the money we would save--which could be used for education, etc.

Those of you who still believe that crooks like Manes and Shulman have represented you need waking up.