Katz comes out of the woodwork to run for BP 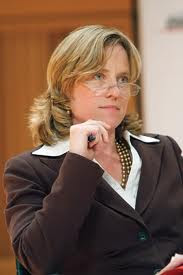 In an effort to reintroduce herself to Queens, former Councilmember and Assemblymember Melinda Katz has been making her way around, preparing to run for the borough president nomination in a crowded Democratic primary field.

Katz served in the Assembly from 1994 to 1999. From there, she oversaw all the community boards in Queens when she worked under former Borough President Claire Schulman for three years. Going back to the community boards nearly 20 years later, Katz has run into some familiar faces and reminiscing on some of the work done for the borough during that time.

“It’s nice to see that when you leave elected office and come back that people welcome you,” she said.

Katz left politics in 2009 after she was term limited out of City Hall. She subsequently lost a bid for City Comptroller to incumbent and fellow Queens native John Liu. Between leaving office and announcing her candidacy in November, she worked for Manhattan law firm Greenberg Traurig, where she specialized in government issues and land use.

Yeah, see, if you really cared about the welfare of Queens residents, you would have stayed involved civically instead of just crawling out from under a rock to make the rounds once you decided to run for another office.
Posted by Queens Crapper at 12:25 AM

Now now she has been involved. Isn't she Curtis sliwas baby mama?

"What, if some day or night a demon were to steal after you into your loneliest loneliness and say to you: 'This life as you now live it and have lived it, you will have to live once more and innumerable times more' ... Would you not throw yourself down and gnash your teeth and curse the demon who spoke thus? Or have you once experienced a tremendous moment when you would have answered him: 'You are a god and never have I heard anything more divine.'" Friedrich Nietzsche, The Gay Science, §341

Tired and haggard looking...her law-lobbying practice must be doing poorly...if she has to run for Queens BP.
But, then again, who's not running for that office?

Maybe Curtiss Sliwa needs to give Melinda a booster shot....LOL!

Katz & Quinn.
That's all we need, a lesbian BP and a lesbian mayor.

Maybe Katz will shack up with Hevesi, now that he's been released from jail.

After she fails to get the Queens beep nod from the dems watch for her and Sliwa to get a morning TV talk show on NY1 or FOX5.

A 3-ring circus over a wasteful position.

"A 3-ring circus over a wasteful position."

This hack can't make it in private industry so she's back to feed off of the public coffers. Please Lord spare us from this no talent tweeder; haven't we suffered enough under Shulman and Marshall?

Yeah, see, if you really cared about the welfare of Queens residents, you would have stayed involved civically instead of just crawling out from under a rock to make the rounds once you decided to run for another office.
------
Why should they care for a group of people that have infinite capacity for abuse and will elect pols who carelessly causally crap over them and only ask to have traffic tickets fixed and driveways cleared during snow storms.

Look at what that shady c--t did to Forest Hills!

If elected borough president, Katz will turn the whole damn borough into a stinking over developed litter box.

Does this mean that Ann Margaret Carrozza will be crawling out from under the woodwork, too?

If you want another politician like Hevesi, vote for Katz.
She was his protogee, or was that paramour !