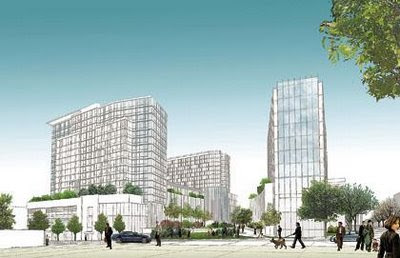 The city Department of Transportation has shelved a three-year-old plan that would have made Main and Union Sts. in downtown Flushing one-way to improve traffic flow and make streets more pedestrian friendly.

Instead, the agency will implement a "modified two-way alternative," starting in July with a six-month trial run, Queens Transportation Commissioner Maura McCarthy said at a news conference Monday.

The department can implement the plan without community board approval because it is a safety improvement.

"I can't argue with science, but I don't see how this plan can work," said Jim Gerson, chairman of the Flushing Business Improvement District. "It pales in comparison to the one-way plan."

Apelian said the two-way plan will not serve the long-term traffic problems created by the Flushing Commons development, to be built atop a municipal parking lot on Union St.

"Just implement the one-way plan," he said. "This one is counter-productive to us trying to develop downtown Flushing."

McCarthy said that the agency would reconsider the one-way plan if the trial is unsuccessful.

Now, the DOT may be able to do whatever it wants without Community Board 7's approval, however, the Flushing Commons DEIS is based on the one-way plan, bus routes includes.

So it looks like it's "back-to-the-drawing-board" for TDC because there is no way CB7, the borough president or the City Council can possibly approve of this plan based on inaccurate and incomplete information.

They are going to have to withdraw their rezoning application until they have their new traffic study completed.
Posted by Queens Crapper at 10:53 AM

question: is the RPA in the mix?
Regional Plan Association
check out who is now on their board.

There's only "one way" to consider this project---

It's not a wig! He upcombs his pubes.