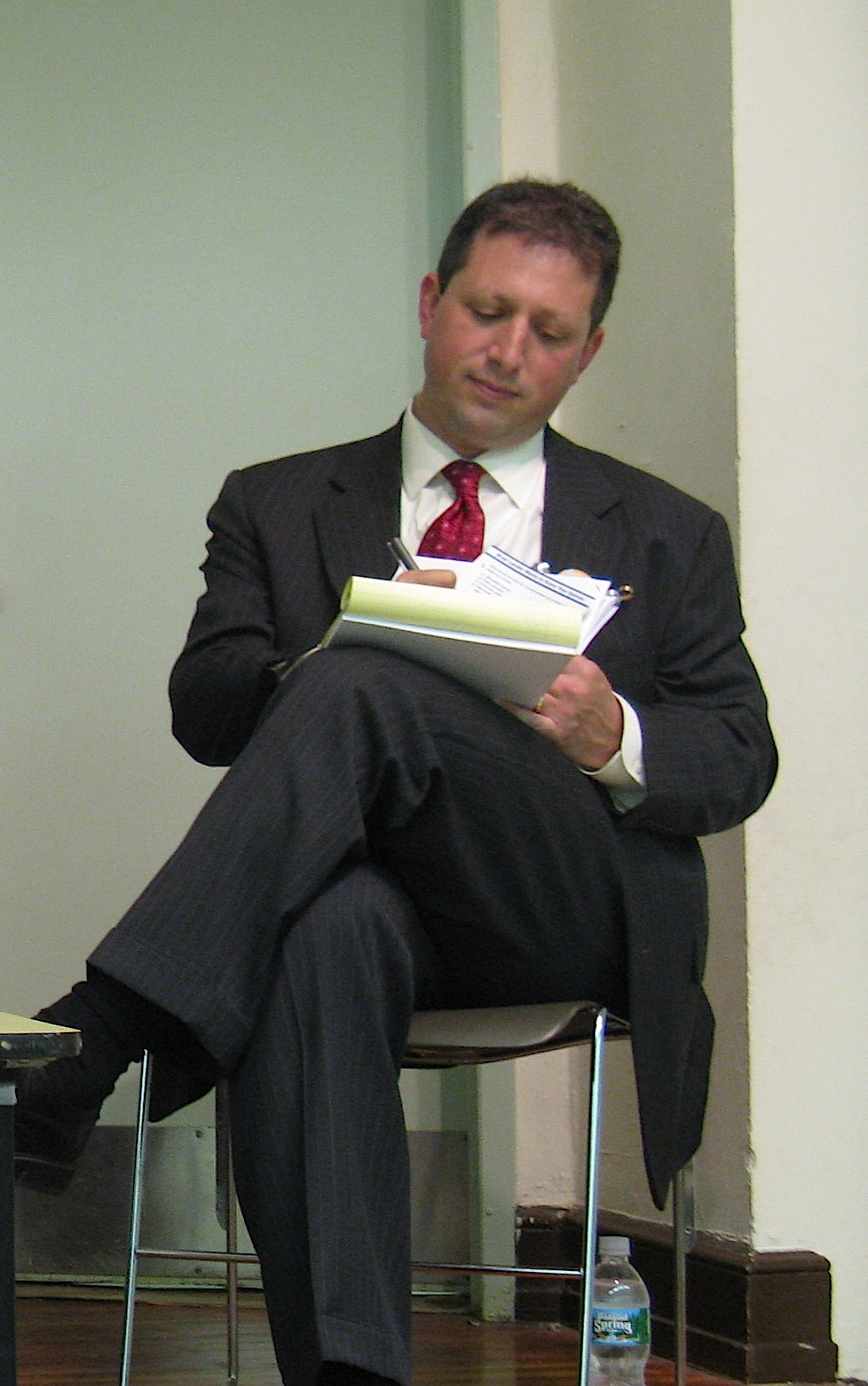 From Pardon Me for Asking:

For almost two hours, the six candidates for the 39th Council district seat, currently held by Bill DeBlasio, were subjected to tough questioning on issues that are important to Carroll Gardeners.

Brad Lander, Director of the Pratt Center For Community Development, is skeptical of a Superfund designation without a commitment for necessary funds. He would like to see the EPA clean up the canal first with their monies and then go after the polluters to recoup the cost.

The best answer, in my opinion, came from Gary Reilly, an environmental and land use attorney who sees the potential Superfund designation as a " tremendously positive development". He feels that the NYS Department Of Environmental Conservation changed the discussion on the Gowanus Canal when they asked the EPA to take over the clean-up and " took it out of our hands".

He also set the record straight about funding for Superfund, by reminding everyone that the government has just allocated $ 600 million in additional funds for the Superfund program.

Brad Lander was asked if the Public Place project should move forward in light of the severity of toxic substance pollution and the possible designation of the canal as a Superfund site.

Lander expressed his hope that the public place development move forward as quickly as possible stating that the project will include 2/3 affordable housing.

Brad Lander sounds like the perfect Tweeder!
Posted by Queens Crapper at 12:10 AM

"2/3 AFFORDABLE HOUSING" Affordable by who? I think 1/3 should go to illegal immigrants and the other to the black/latino community.

Oh I get it. If Pratt Crapp doesn't threaten their communities, it not a problem.

Another advantage to keeping their club a tidy small clique.

Remember that the next time they 'discover' you with a mailing soliciting donations.

Crappy, I think we have a new phrase.

Saying Brad is skeptical is only another one of Lander's half-truths. Translation:
He wants the "build and clean" canal plan, pronto! Translation "Put lotsa people in harm's way; what the hell..........."

Public Place is EQUALLY toxic and demands a comprehensive clean up too. It abuts the Canal for crying out loud! SO if Brad wants lots of "affordable" housing there I wonder what that says about him?

Reilly is right on target. So is Josh Skaller. The EPA nomination is the best thing to come along for Carroll Gardens in a long time.

Lander is a DeBlasio wannabee.....and that would be another disaster if he wins. DeBlasio is the current Councilman disaster. Hope the public understands this when voting for "Public Advocate".

The city needs to save$$$$. Public advocate does nothing except hold news conferences.Look at all the savings if we abolishe the office along with the borough presidents.