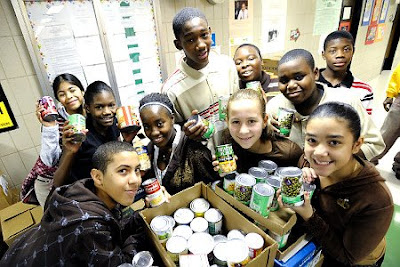 The city now acknowledges finding illegal levels of toxins in 19 public schools across the city.

The 19 schools are in addition to six public schools where lab tests commissioned by the Daily News last year found illegal levels of polychlorinated biphenyls in window caulking.

The findings add momentum to a lawsuit filed by Naomi Gonzalez, whose two children attend Public School 178 in Co-op City — one of the schools tested by The News.

Gonzalez last month filed the first stage of a lawsuit designed to force the city Department of Education to remove PCB-laced caulking from all public schools.

Since The News’ investigation, the School Construction Authority has tested caulking for PCBs prior to doing renovation work, in accordance with new state guidelines.

“Of 77 schools undergoing renovation work last summer, 19 had caulk with PCB concentrations greater than 50 parts per million,” the DOE said in a statement.

By federal law, any material with PCB contamination of 50 ppm or higher is considered hazardous waste and must be removed immediately.

Why does Mike Bloomberg want kids to study in toxic environments so badly? Or is he going to pull another Air Force One photo op excuse out of his ass and claim he didn't know about this, either?
Posted by Queens Crapper at 12:32 AM

My sister works at N Shore.
I dont understand the details but according to her:
This virus seems to be life or death situation (attack) on blood types with a select enzyme.

It's all about money in this city,nothing else.

Why does Mike Bloomberg want kids to study in toxic environments so badly?

Because he knows that the public will shrug and move on. If they don't fight for their rights (term limits) or healthcare (no one is pinning closed hospitals on him) they are not going to fight for their kids.

Great having immigrants from societies that have great respect for 'boss-man' and are used ot being treated by shit by their elites.

Better than where they came from.

So you are blaming Bloomberg for caulking that was done prior to 1977? Even though his administration is the only one that has done anything to clean up any of this faulty caulking since then, you just blame him. And you wonder why you are a joke?

Why are we finding that only schools are built on toxic sites?

Why don't we discover that the thousands and thousands of office buildings (small and skyscraper) have toxins flowing through the air?

Is it because that in NYC, the corruption is so embedded that school locations are selected BECAUSE they have toxic contamination?

And, this arrogance will persist until WE dump THEM on their ass on November 3.

The Commissar and his lickspittle lackeys he appoints or purchases in the Council have ONLY as much power as we allow them to have.

The Commissar and his lickspittles have no fear of us. They should.

We can create the required fear by using OUR power on November 3.

"So you are blaming Bloomberg for caulking that was done prior to 1977?"

No we are blaming him for knowing about its presence and covering it up and not removing it immediately as is required by federal law. I guess we are supposed to thank him for putting our kids' health in danger.

If this blog was such a joke you wouldn't be commenting here.