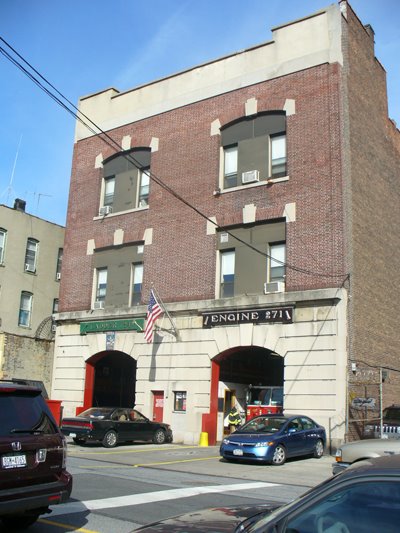 Engine Co. 271, located at 392 Himrod St. on the Ridgewood/Bushwick border in Brooklyn, along with Engine Co. 206 at 1201 Grand St. in East Williamsburg and Engine Co. 293 at 89-40 87th St. in Woodhaven are among 14 FDNY units that would be eliminated as of July 1 under the plan created due to budget cutbacks.

This follows a plan enacted in January in which Engine Co. 271 and three other units across the city were ordered closed during overnight hours between 6 p.m. and 9 a.m. when firefighters scheduled for that shift are needed to fill absences in other companies.

Cutbacks will also affect the FDNY marshals, who are assigned to investigate fires and conduct fire code enforcement. One supervisor position and four fire marshals will be eliminated from each borough command.

Even if the proposed round of cuts are enacted, more are on the way come January 2010, according to the plan. Six additional FDNY units—including Engine Co. 217 at 940 DeKalb Ave. in Bushwick — are slated to be closed in that round of cutbacks on New Year's Day.

Three additional ambulance tours in five other battalion commands will also be eliminated, and various bureaus within the department — including the Probationary Firefighters School at the Fire Academy — will be suspended and its personnel will be reassigned to field units.

But we have $400M to buy property for a developer at Willets Point...
Posted by Queens Crapper at 12:07 AM

Expect to be re-elected?

Hey wait Mr. Mayor, please eliminate funding for Hospitals as you won't need these if there are no ambulances to take the sick to them anymore. It's called vertical cuts.