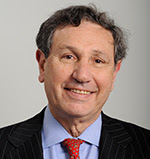 All gyms, spas, martial-arts schools, massage studios and health clubs looking to set up shop in New York City must get something called a physical culture establishment permit, which was created in the late 1970s to stem the rise of seedy massage parlors in Times Square.

Today, however, that means companies hoping to expand quickly find themselves mired in red tape and lawyers' fees as they navigate the city's byzantine bureaucracy. The permits require companies to prove they will not have a negative effect on a neighborhood by divulging their business plans, filing applications with a host of agencies and answering questions at a series of public hearings, starting with the local community board.

On Nov. 8, 1978, Carl Weisbrod, then director of the Midtown Enforcement Project, testified before the City Planning Commission and urged it to adopt the permit, which would bring to an end a moratorium on new health establishments that had been in place for years. By excluding less-desirable businesses from the definition of a physical culture establishment—and then requiring the ones that did meet the requirements to be vetted by the Board of Standards and Appeals—he felt it would make it harder for illicit businesses to operate within the city's borders.

"Zoning has proved to be the most effective tool in closing down houses of prostitution masquerading as massage parlors," he was noted as saying in a commission report.

Now Mr. Weisbrod is head of the City Planning Commission and is taking another look at the law he helped create, spurred in part by a report from the Department of Small Business Services earlier this year that said the permits were needlessly burdensome and a hindrance to opening more health facilities (which the city could arguably use more of: More than half of adult New Yorkers are overweight or obese).

"Physical culture establishment permitting was very effective in addressing a problem that existed at the time," a City Planning spokeswoman said. "And consequently, we are working with our sister agencies to determine whether it should be eliminated or modified."
Posted by Queens Crapper at 12:06 AM

Plenty of gyms and the like still manage to find a way to open up all over the city.

As far as whether or not more are needed because lots of New Yorkers are fat, that is irrelevant. Market demand will determine if more open or not. (And if somebody fat isn't interested in getting in shape, having more gyms probably won't motivate them. If they really want to get in shape they'll find a way - walking more, jogging, biking, doing sit-ups, eating better, etc. - don't need a gym for any of that)

Regulatory obstacles are not enough justification for scrapping a law that helps limit (to some degree) scuzzy, sleazy businesses like massage parlors that are more than likely involved in human trafficking.

Go away Mr Weisbrod... Don't you see all of the problems we are having with all of the illegal spas and massage parlors? Are you awake?

SO MUCH POLITICAL BULLSHIT and waste of tax payer's money. With the exception of massage parlors, some which operate at prostitution spots, why include ones that don't, martial arts school, gyms, health clubs, that makes as much sense as doing this for 99 cent stores (come to think of it, maybe you should, certainly something illegal with them, probably money laundering).

And this idiotic justification of more gyms, etc to combat obesity. Not only NY but the whole country has more gyms than at any other time in it's history and cheap ones to boot (Planet Fitness, Blink)and obesity is at an all time high. Why don't government assholes go after the real culprits, fast food industry, the food industry and all their sugar and processed food, farm subsidies to corn farmers (hence why cheap food is the worst health wise). How about farm subsides to farmers who grow organic. Schools whose physical education programs are cut.This is what is causing obesity. Besides fucking lazy ass people who will not even walk a fucking block or this whole generation of dumb kids whose idea if sports is sitting on their couch playing a video game.

This article makes absolutely no sense what-so-ever, but then neither does the government.

More laws. That is the progressive solution to everything.
Progressives love regulations because it means more control and tax money for them.
There should be a year in which they have an opportunity to make as many laws as they want but than need to chill for the next 50 years to allow the economy and society to recover.

I say, repeal these laws and regulations for a year, and let's see what happens. If there's still a problem, write a narrow law to solve it.

"I say, repeal these laws and regulations for a year, and let's see what happens. If there's still a problem, write a narrow law to solve it."

a whole lotta crap can go down in a year. it's likely whoever recommended this has a direct financial interest in seeing the laws and regulations repealed. otherwise why would anyone suggest taking such a risk?

"Crap for a year?" That's a risk we can afford to take. It's not often that one can find political support for burdensome regulation of a business that doesn't appear to need it.

The annual Code of Federal Regulations (CFR) is the "codification of the general and permanent rules published in the Federal Register by the departments and agencies of the Federal Government."

That means President Obama has added 17,522 pages of regulations in his five years in office; one president growing the regulatory state 11 percent increase in five years.

In his five years in Office, President Obama has averaged 3,504 CFR pages annually.

as Winston Churchill said in 1949:
“If you make ten thou­sand reg­u­la­tions you destroy all respect for the law.”

These useless bureaucrats making laws, creating bureaucracies, and micromanaging our lives just to justify their lousy, pitiful, miserable existence and grow the massive government leviathan providing their job security, and stealing our freedoms and liberty.

on a side note

In the same speech Churchill said:

“If you destroy a free mar­ket you cre­ate a black market.”

lets see...
tax cigarettes to quadruple the price and not expect a black market?
No one talks about Eric Garner's blood on the hands of the NY politicians.
lets just stir up racial issues, even though the top of the food-chain that day was a black female officer that gave the orders.

what happened to "limited government"

we are living is a statist tyranny.

may God help us all!

When will we ever see the end of Weisbrod?
He keeps on popping up like a bad penny.