Large SI site next to be crappified 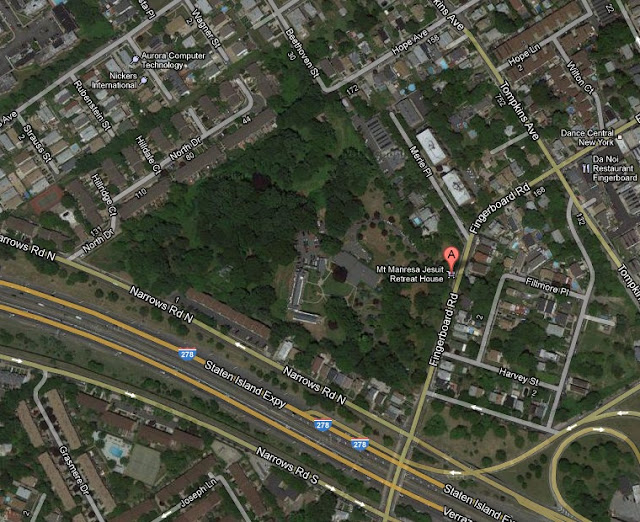 It has provided spiritual comfort for more than a century, but the future of the Mount Manresa Jesuit Retreat House in Fort Wadsworth may now be left to fate — its 10 acres of chapels, gardens and grottos have gone on the market for $15.9 million.

The news has sparked concern that the property, which has the most wide-open zoning, could become the latest in townhouse developments.

The New York Province of the Society for Jesus announced in June that Manresa — along with the St. Ignatius Retreat House in Manhasset, L.I — would close by next summer so the Jesuits could revamp their mission to focus on ministries for young adults and Spanish speakers.

St. Ignatius is also on the market, listed at $49 million, according to the Rev. Vincent Cooke, a Society spokesman.

He said suggestions for the site have ranged from college dorms to healthcare facilities to residential development. 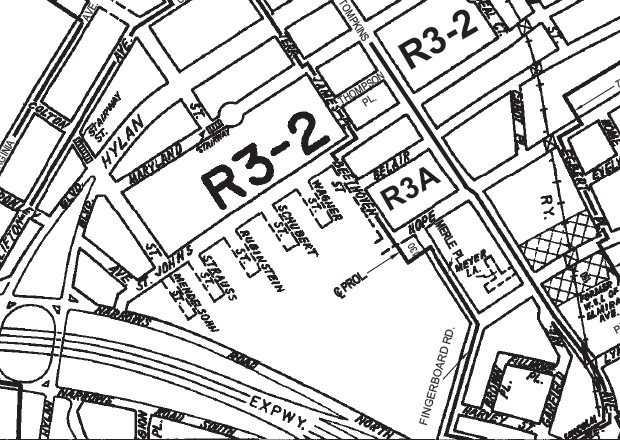 In 2010, Councilman James Oddo (R-Mid-Island/Brooklyn) wrote to the City Planning Commission asking if there was a way to pre-emptively rezone the site, looking for ways to protect it in the event of a future sale.

“The answer then, and the answer now, appears to be that you couldn’t selectively rezone and cut out this one area,” said Oddo, noting that much of the area surrounding Manresa is zoned the same way.

A 10-acre property most certainly can be rezoned. In fact, you can have different zoning for one end of a block than you have for the other. If Jimmy had been paying attention all these years, he'd know that. Or maybe he does know that, and he also knows whichever developer has their eye on purchasing this property, and so he wants development at the site.  In any event, these council members give up too easily.  It's a shame, because it would make a nice park.
Posted by Queens Crapper at 12:41 AM

Funny how the developers of cookie cutter homes try to appear classy by naming their cul-de-sacs after Mozart, Beethoven, et al.

Where's our mayor and DOT commish to prevent this car-dependent enclave?