A bit of a conflict, don't you think? 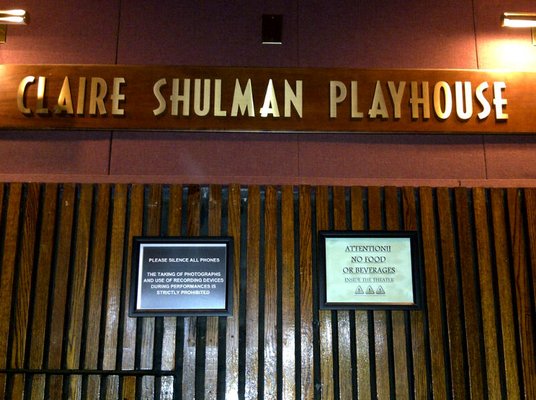 A Manhattan consulting company often tapped for city development projects plays dual roles in Queens, having supported a nonprofit that advocates for the redevelopment of Willets Point, but also preparing the study that helps determine whether or not that development will go forward.

AKRF is a Manhattan-based environmental consulting firm that operates in several states around the Eastern Seaboard and specializes in environmental impact statements — studies on how development projects will affect the surrounding area by taking into account factors like changes to traffic, pollution and noise and the character of existing neighborhoods.

In New York City, these studies are used to inform legislative decisions on whether to grant approvals for projects like the $3 billion redevelopment in Willets Point, where private developers hope to replace the collection of junk yards and auto body shops with a large, mixed-use development.

AKRF is preparing the environmental impact statement for Willets Point. At a Sept. 27 public hearing in Corona, Linh Do, senior vice president at AKRF, walked a crowd through how the statement would proceed and solicited input on what the company should consider when preparing it.

The LDC has received state grant money to try and revitalize development along the Flushing waterfront west of downtown and across the Flushing River from Willets Point. After a bidding process, it selected AKRF to lead a team to perform environmental consulting and analyze ways the redevelopment of the area could move forward.

But according to 2011 filings with the Internal Revenue Service, the Flushing Willets Point Corona LDC’s stated mission is to “conduct outreach and obtain support for economic initiatives in the redevelopment of Willets Point, Flushing and Corona.”

And on the nonprofit’s website, AKRF is listed as one of its community supporters under a heading that reads: “Thanks to their generous support, the LDC is able to vigorously pursue exciting development initiatives for the greater Flushing Willets Point Corona area.”

In 2009, AKRF was a sponsor of a gala put on by the LDC, according to Nicholas Roberts, a project manager at the nonprofit, and Do said she volunteers time to brief the nonprofit on the progress of the Flushing waterfront project.

Yeah, it's gonna be Shangri-La... Look, we already know what "revitalized" means to these folks. See Downtown Flushing. See Jamaica. What's with the obsession of this city to kick out manufacturers and commercial activity and replace it with lameness?

Photo from Yelp.
Posted by Queens Crapper at 12:09 AM

After she worked in tandem with her boss Donald Manes--in setting up the RKO Keith's Flushing Theatre to be later destroyed by Tommy Huang--it's ironically appropriate that Claire Shulman has a theater named after her.

What's playing there next month--"Shadows of Corruption" ?

I just ordered Omar the tent maker to make a nice orange jump suit which I will preset to the old cow the day she's sent to prison.

PHEW!
I would have named a catch basin or sewer after her!

Shulman funneled and wasted millions and millions of our taxpayers' dollars into that "Theater In The Dark" boondoggle.

Jeffrey Rosenstock had a nice paying patronage position as its director for years.

So Shulman got naming rights. Not bad for a tombstone.

Did you know that old leftover 1964 Worlds Fair "Theater In The Round" is built on temporary pilings?

More like Pee Pee Shulman's Playhouse!!! What a crook!

It's Shulman's Pay To Playhouse!

Maybe Chrissy Quinn will do a strip tease fund raiser to help Claire pay off her $50,000 fine for illegal lobbying.

I think they named that auditorium in the Queens Botanical Garden for burro president Helen Marshall.

That's the cheese wedge shaped piece of crap stuck underneath the ramp.

Shulman? GAG!
It looks like the Mets used her face for home plate!

I wonder what they will name for Liz Crowley.
Any suggestions?

LOL!
I wonder what they'll name for that pervert, Dennis P. Gallagher, the ladies room in the Queens Museum?

Shulman? GAG!
It looks like the Mets used her face for home plate!


yeah, right. as if the Mets score enough to even put even touch the plate.