They got this one right: Fresh Meadows and Jamaica Estates 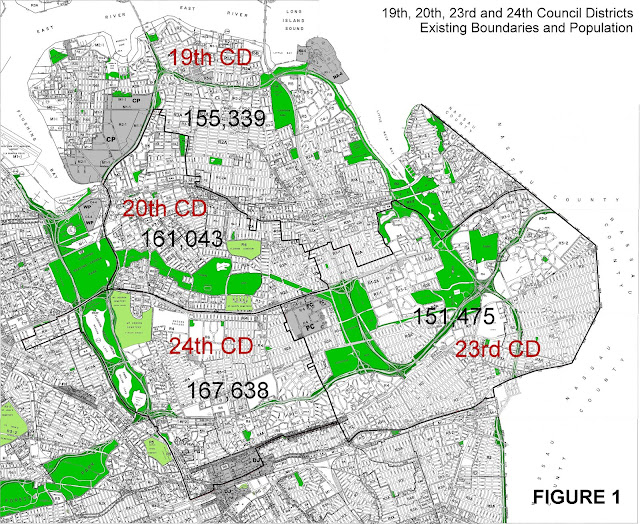 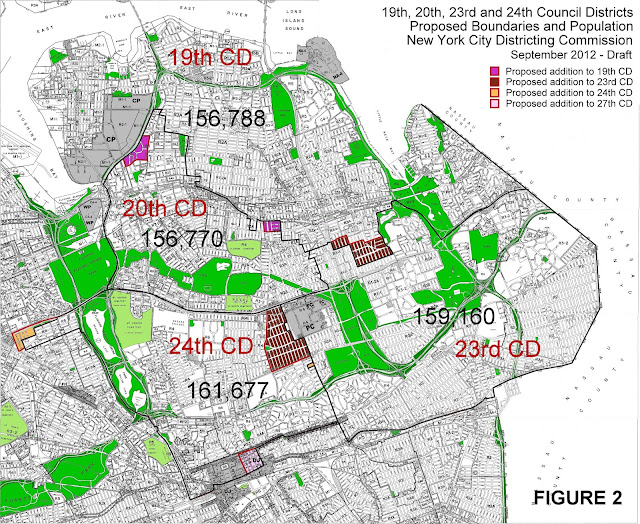 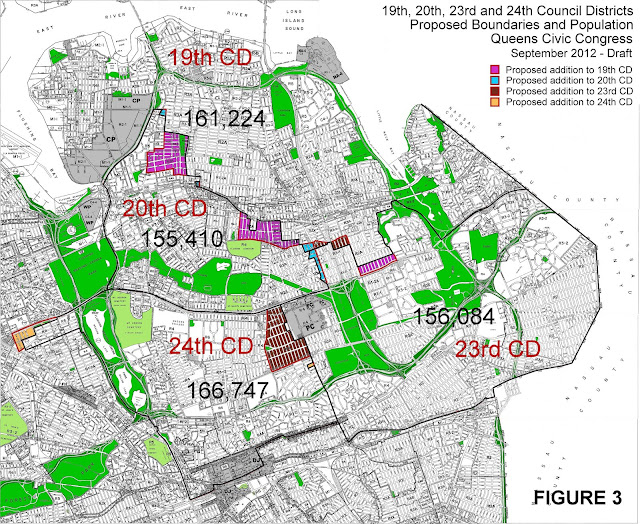 The Commission has proposed that 52 blocks located in Fresh Meadows bounded by the
Long Island Expressway (Figures 1, 2 and 3), Utopia Parkway and Union Turnpike be
moved from the 24th to the 23rd Council District. This overall neighborhood, comprised entirely of detached single-family houses (Figures 4, 5 and 6), is represented by the Fresh Meadows Homeowners Association, Utopia Estates Civic Association and the West Cunningham Park Civic Association. QCC supports this shift, as the entirety of this area has been divided into two Council Districts for decades. We also support the move of a single block west of 188th Street in Jamaica Estates be moved from the 23rd to the 24th Council District which had inexplicably been carved out and placed in the 23rd Council District in the 2000 census. 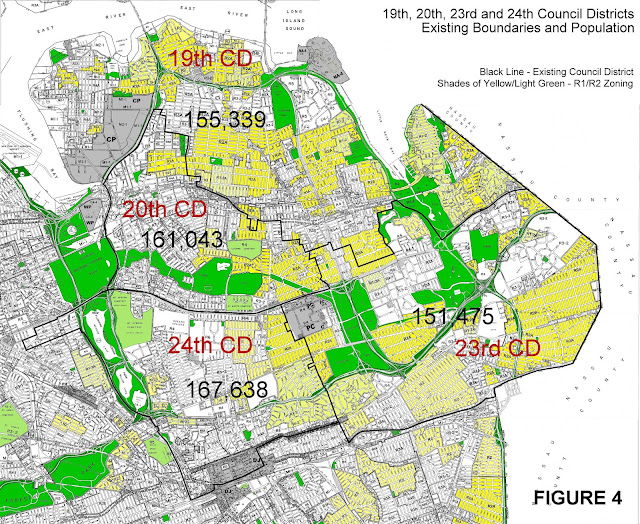 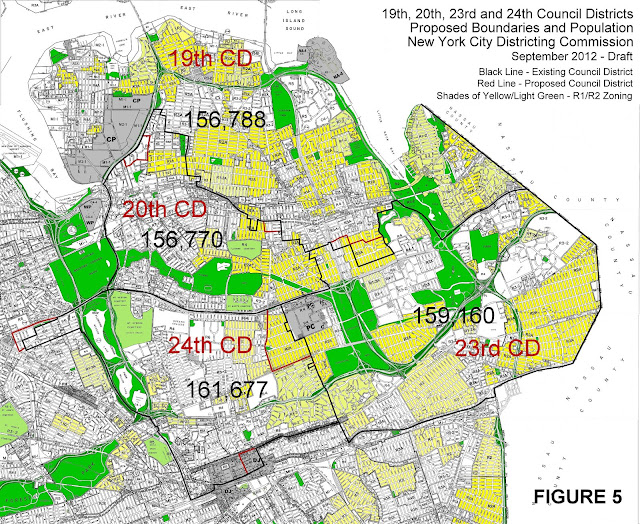 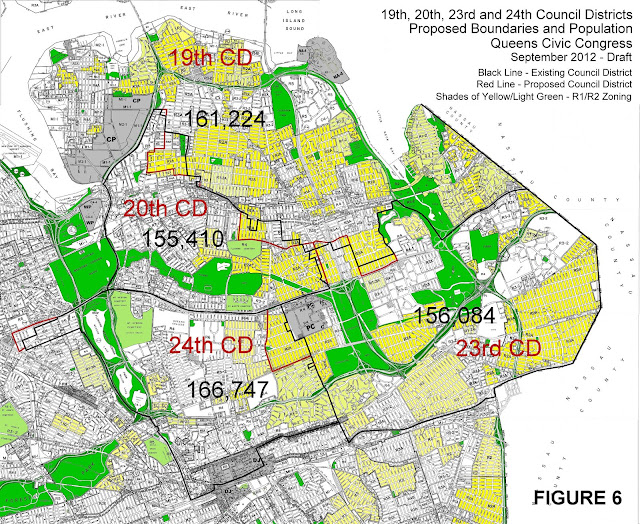 Pretty colors.
Who the hell can follow any of this?

If you really want to follow this, download / open the maps and look at the Legend (what color means what)...didn't they teach you at school how to read a map?

I learned an awful lot in school....
like "KISS"...meaning, keep it simple stupid!