It's time to get packing 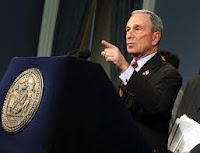 New York City announced the closings of its mass transit and school systems, both the nation's largest, and ordered residents to leave some low-lying areas Sunday ahead of the massive storm approaching the eastern third of the U.S.

"You don't want to be overly panicked and overly prepared, but you want to be prudent; you want to do what's necessary," New York Gov. Andrew Cuomo said Sunday in announcing the suspension of the city's subways, buses and commuter trains.

Rainfall is expected to start late Sunday or early Monday in New York. Hurricane Sandy was headed north from the Caribbean to meet both a snowstorm and a cold front, and experts said the rare hybrid storm that results will cause havoc over 800 miles from the East Coast to the Great Lakes. And one expert expressed concern about when the worst of the storm surge would hit: at high tide or at low.

Mayor Michael Bloomberg said he ordered an evacuation of the low-lying areas along the edges of the city including parts of lower Manhattan, sections of Brooklyn and Staten Island, and the Rockaways in Queens.

But, he said, those who didn't leave wouldn't be arrested.
Posted by Queens Crapper at 2:06 PM

What happens when a real storm comes around???
This is just a tropical storm for crying out loud!
We have had dozens of storms in the past that we're worse yet the city did not come to a grinding halt!
How Ridiculous. Over reaction. Over hyped!
Its a Noreaster , we had 3 of them earlier this year.....

It's a tropical storm that will strengthen once it hits the jet stream and is expected to dump 10" of water on us, and create a surge that's at least 8 feet high. That's not "just a nor'easter."

Will the bike lanes be open for travel?

And a tropical storm or a nor'easter won't do a lot of damage? That's just foolish trolling on your part.

Hope for the best, but prepare for the worst.

Will the Broadway shows be open. That is what Mayor Midget told us to do after the snowstorm in 2011, after he finally came back from the Carribean.

Yes you must get prepared immediately.
Gather togather fluids, just no sodas over 16 ounces. Also make sure you have baby supplies, but bloomberg says no baby formula.
Also make sure you have a way to protect your family, except no guns, because the mayor says so. If your family is attacked by roving looting mobs, use stern language at them. Repeat your words until they comply, for example "Put my child down and stop raping my wife"
Repeat the stern languave until they comply. But remember, no guns, no knives, no razors, nothing but stern language.
Good luck, in that city your going to need it.

I wonder what Bloomturd is "packing"???

an Email from pals in Charleston S.C., where it is known as "Hurricane Alley " in the past. i experienced two during 1954-55, while serving in the U.S. Navy.

"it is a beautiful sunny day, 71 degrees. we are going crab and shrimp fishing ,for our dinner."

"But, he said, those who didn't leave wouldn't be arrested."

Way to instill confidence during a natural disaster you stupid shrimp.

Has anyone who said that the storm is overrated gone outside yet?

Is this unprecedented mega-syorm what he meant when President Obamba said "The earth has begun to heal".?
Sure looks like its healing, hey good thing the president stopped that oil pipeline from Canada, you know the one that would have lowered enervy prices snd created jobs. It might have led to a mega storm.

Anon No. 12: Check out the news reports from the Rockaways and Lower Manhattan. Then say that again.

I agree Mayor Bloomberg.
It's time for you to get packing and leave us New Yorkers in peace.

Your incessant whining hissy fits and pompous pronouncements are an assault on our nervous systems.