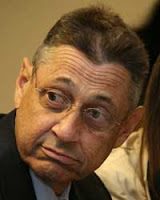 Assembly Speaker Sheldon Silver hasn’t played his hand on where he’d like to see a casino in the city, but he is open to Coney Island or Willets Point, the Daily News has learned.

While talks won’t heat up for several months, Silver favors a location that is either already a “destination resort area” in the city, or could become one, a source close to the speaker said. Aqueduct Racetrack in Queens is also a place he would consider, the source said.

Some insiders want a casino to be part of a redevelopment of the Jacob Javits Convention Center on the West Side. But Silver remains adamant about keeping gambling dens out of Manhattan and other densely populated parts of the city, the source said.

The speaker has not shut the door on Coney Island, which is being promoted by many influential types in Brooklyn — including Borough President Marty Markowitz — as a way to bring more people to the historic seaside destination, which has its famed amusement park and now a minor league baseball stadium.

And some have floated the idea of a casino as part of the planned megadevelopment of the gritty Willets Point site near Citi Field. Silver hasn’t axed that concept, either. The source close to Silver said the Bloomberg administration is privately backing Willets Point as a suitable spot, although a spokesman for the mayor denied that was the case.

So he wants 2 casinos at Aqueduct? Wasn't the plan for Willets Point supposed to have been finalized twice now? Does anyone in government have any idea what will actually be built there, if anything?
Posted by Queens Crapper at 12:35 AM

I have news for Shelly, downtown Flushing is right near Willets Point and is densely populated with Chinese people who love to gamble with buses to Foxwoods all over the place.

Flushing is a mess already, now all we need are the many low income Asians down there who will gamble at Willets Point en masse.

Enough already with this casino talk! We don't need one.
Its another way to squeeze money out of those who can least afford to gamble. It's a poor mans tax
Have you looked at who's gambling away their rent money at Aqueduct Racino? It's sickening, and maddening.
Our elected officials need to think of a safe and valid way to generate revenue. Casinos are a cheap way out. And they know it.

Cross Silver's palm with enough silver,
and this Judas will propose a casino for your backyard!

Build the casino in Mnahattan as part of a redevelopment of Jacob Javits center to get that done properly for once and for all. Silver can go back to Albany!

Awww who cares any more? At this point, what the hell, build a casino. Build a mosque. Build a thousand high rise monstrosities. This is Queens in 2012, SHOT! The politicians and developers will do whatever they want to do anyway.

And while they are at it, they should cut another 15 thousand more cops, close some more hospitals and schools, and cut subway service even more. That will surely bring out the VIBRANT! DIVERSE! in our overflowing tweeded population.

the democrats, who portray themselves as the champions of the people, the only political party that cares for the poor and working class could care less if those very people loose everything at a casino because a casino generates revenue for the state which means out of control spending for the democrats. Their compassion does have its limits

Now that the Obama administration has made illegals into legals - let put them to work immediately to build new casinos so that they can spend their newly found $$ at the casinos! Brilliant!

Build a bio incubator in conjuction with Cold Spring, Cornell and Technion!

Casinos are really the perfect economic engine for Queens:

1. No raw materials
2. No goods or services are created
3. No highly skilled employees needed
4. Generates a income stream for taxes, and political contributions for pols as it is a very regulated industry
5. Only requires idle stupid people with cash (i.e. "losers") to continue to run

It's easy to see why Queens pols love them.