St. Saviour's: before and after

On behalf of the people of Maspeth, the Crapper would like to thank you so much for looking out for us, Mr. Mayor! The following photos show just how committed you are to the greening of our neighborhood. 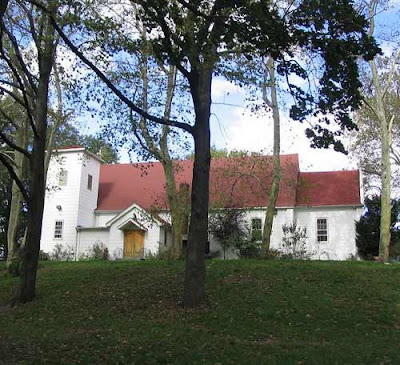 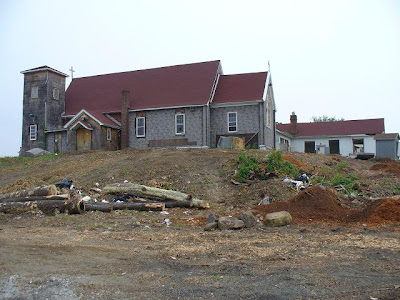 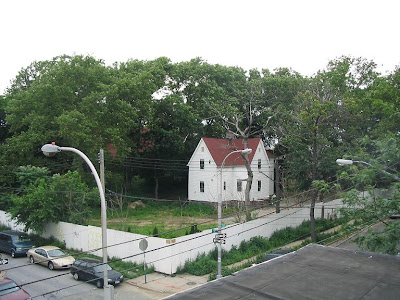 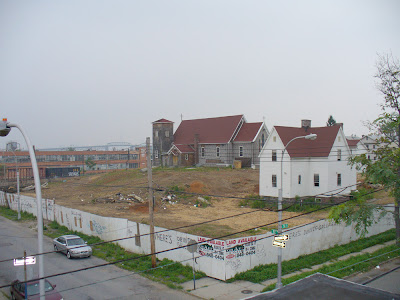 Here are more hugs and kisses from the 'hood:

Photos from Juniper Park Civic Association
Posted by Queens Crapper at 12:00 AM

A desecration in the name of the Lord. They'll pay for this!

Cathy's letter expresses her disappointment but not her defeat.

And, she's so right. This entire rape is about money lining pockets of Bloomberg, Benepe, the waste of council time Gallagher and the others who have profited from this destruction.

And, of course, there's the class thing: Cathy and her neighbors have barbecues, eat hot dogs, hamburgers and drink beer.

No time for cocktail parties, these hard working fellow taxpayers and voters.

It's that hamburger and working thing that repulses Commissar Bloomberg and his band of gang rapists. They much prefer cocktails while enjoying inflicting pain.

Sure, on page 8 will be Dee taking pictures for a two page spread of some other innane luncheon with smiling minor political hacks and two-bit developers grinning over the bones of a community.

Well at least Clair and Dee and Vicky and Helen and Melinda will wear shoes that match once again assuring us that taste still reigns in Queens.

A temporary restraining order could be filed (if there is any money) to prevent the desecration of the grave sites at St. Saviour's !

The SHPO should intervene in this matter regarding 19th century burials here (possibly earlier....after all this was a Native American site) !

But they're probably also on the take with the rest of the"elected" crooks involved !

Maybe contacting the new York State Historic Preservation Office by certified mail (certified copies to LPC, the mayor, all city agencies, etc) and copies to the media regarding the existence of these grave sites is worth a try !

When this church goes, write the obit for the landmarks law.

That is a promise.

If this isn't rape, what is?

Oh I hope Vicky will put a little photo with 20 words of text somewhere in page 15.

The leadership of Queens, community boards, newspapers, politicians have contempt for us.

We have been so nice for so long all we have earned is their scorn. They think we can be manipulated into thinking whatever they want us to believe, and will passively accept whatever they do to us.

Needless to say, the people in the surrounding boroughs pick up on this which is one of the reason no one will help us.

Our revolution, if we are to be saved, has to come from within.

Well, if it doesn't happen over St Saviour's, it will never happen. If the revolution is to start, it might as well be here.

How about all those rich fat cats in HDC that live in all those multimillion dollar mansions enjoying a law that protects them and little else.

What your comfortable life to continue? Then file a lawsuit to protect your status and help St Saviours.

How about El Presidente of HDC who made $10,000s of dollars in downzoning studies (that may or may not prove useful over time).

Why don't you show some leadership and give something back to Queens? Start the fund with a donation.

Might even build your resume with some real substance for a change.

Didn't the developer agree to keep the church but build around it? What's the story with that?

"If the revolution is to start, it might as well be here."

I hope you people start this so-called revolution soon, because before long the bulldozers are going to show up and this property is going to go bye-bye!

"I hope you people start this so-called revolution soon, because before long the bulldozers are going to show up and this property is going to go bye-bye!"

So what? That won't stop us! We'll rebuild and replant while Gallagher rots in prison.

Look this place was doomed once the Manhattan folks decided, as they usually do, to gang up against us and team up with our politicians/developers. Look how the so called 'Sacred Sites' program stabbed the back of Astoria over the church. This has happened again and again, the only difference is now people are comparing notes and observing a pattern that must have been in place for decades.

Can we think of any good reason to keep the system? Is there any reason why the law should not be overturned if St Saviour's bites the dust?

"Is there any reason why the law should not be overturned if St Saviour's bites the dust?"

So are you prepared to see St. Saviour's bite the dust, and use that to overturn the law?

"So what? That won't stop us! We'll rebuild and replant while Gallagher rots in prison."

And comments like this makes me believe that you are more interested in beating Gallagher than saving this church!

If the answer is simply, "So what? We can rebuild it, we can make it better (sorry - showing my age here)" then what is all the shouting about "Save St. Saviour"s" you should be shout, "Change the Landmark Law!"

Is this fight about saving this church or not?

If this issue is truly "So what..." in the minds of the people here, then I can understand why this property is going, going, gone!

Maybe there should be a compromise with the developer.... better to save some of the church, then Maspeth ending up with a manure factory on the lot!

A land swap woudn't cost the city anything and a 501(c)3 has been set up to pay for the restoration of the buildings. Blue collar businesses are approaching us and offering to donate their time and materials to fix up the church. The replanting of the trees would be paid for by selling them in memory of loved ones.

There's absolutely no excuse to not save this property. It's not up to us to prove why it should be saved. It's up to the city to prove why they should allow the destruction of our history and building on one of our last open spaces. Let's remember, they are accountable to us, not the other way around.

A lot of industrial Maspeth is unused. Why couldn't this be the centerpiece of an economic revitalization that will also bring in "millions of dollars of private funding."

Pardon the pun, but Jesus Christ that is terrible.

Someone should be beaten with a rake for this.

The issue is to make this a park for children and a learning center, not just to save one building. How do you attach a price tag to that?

How is tons of new housing helping the people that live there? Or, in your calculations, they are not important? Lets hear what you have to say...

fight this developer with every available resource!!!

"And comments like this makes me believe that you are more interested in beating Gallagher than saving this church!"

Why not do both! The community will benefit from both scenarios.

mother nature will have her revenge, hmmm, let''s see a nice hurricane, or other natural disater leaving new york in worse shape then new orleans.
then we'll see how much the presious real estate go's for.

Sounds like your typical Queens preservationist. There goes the 4 borros, he-haw he-haw.

The developer's idea of a "compromise" involved between 70-100 housing unites. Picture 70-100 more cars here. Do you think that's a good idea?

Also, there is really no way to hold the developer to any agreement to preserve the church. If he were to get a zoning change, he can conveniently forget about any compromise, rip the church down and build whatever he wants. This parasite developer has a history of violating building codes and city laws. Why would you think he'd honor any agreement?

Also, no need for a manure factory. The one at 78-25 Metropolitan Ave is over-producing.

The excuse that the city doesn't have the money is ludicrous considering the vast budget surplus we've had for years. How about investing a little of that into this neighborhood? You know, the Koreans bought the place for 450,000. If the city had been progressive-minded, they could have beat the developer to the punch and saved the property as a park years ago. But hey, this is Queens, and Maspeth no less! Why do that?

P.G. made his bones well over 15 years ago tirelessly working for historic preservation in Queens.....PRO BONO !

So now he's finally getting properly paid for the professional zoning work he's currently engaged in (at about 1/3 the going market rate I might add).

The bulk of these zoning studies have already been adopted by City Planning.

He was elected president of HDC....years after receiving their "Grass Roots' award for neighborhood preservation.

What did you personally accomplish in the grass roots dept. except, perhaps just watch it grow....eh ? !!!

"Also, no need for a manure factory. The one at 78-25 Metropolitan Ave is over-producing."

How about the one on Queens Blvd in Kew Gardens?