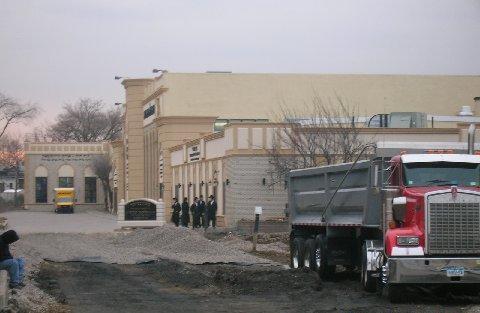 A Queens judge recently ruled against a Glendale Civic Association lawsuit which accused the city Buildings Department of not enforcing its own rules, a lawyer for the civic said.

Queens Supreme Court Justice Marguerite Grays decided that the suit was without merit because the association had no standing as a civic group...

Glendale elected officials and residents have long been critical of the DOB, accusing the agency of failing to prevent the illegal conversion of buildings and overdevelopment in the neighborhood and not punishing developers for violating building codes.

If the people who live in a community don't have standing on city issues, then who the hell does?
Posted by Queens Crapper at 12:46 AM

Most civic associations, such as the GCA, don't represent anyone except a few busybodies.

Who is the elected official that represents this area and why didn't he/she do something about this?

Why did this civic association have to spend its money to fight the DOB? Don't they already pay taxes so that their councilperson can rake in 6 figures? What bills has he introduced to fix these problems? Is he on top of city planning and DOB? What steps has he taken to curb overdevelopment? Isn't this one of the neighborhoods that still hasn't been downzoned yet? Why is that?

When you , as an individual or a group, file an article #78 proceeding against a city agency for non performance of duties (which I assume was the legal instrument that was filed against the DOB by GCA) the decision that a judge is supposed to reach should be based SOLELY on whether , in this case, the NYC DOB was doing its job or violating NYC's administrative code!

It is NOT to be based on anyone's "merit or standing" as an individual or a group !

It appears Justice Grays may have also broken the law along with the DOB !

Next step and final recourse left for GCA, I believe, is the U.S. Supreme Court !

But that probably won't happen !

The elected officials, city agencies, judges etc. in "the system" that (directly or indirectly) support law breaking in the course of over development know full well that this is a lengthy and extremely costly process !

There is no "EQUAL JUSTICE UNDER THE LAW" as is inscribed in marble high above the stately columns of the Supreme Court Building in Washington D.C. !

Justice is dispensed to only those WHO CAN AFFORD TO PAY FOR IT !!!

That yeshiva situation was a travesty. Gallagher is a failure.

Elected officials get where they are because of a smoke filled room in the clubhouse (remember Crowley?) linked to a system that does all it can to ensure no one else runs.

Afterall, (s)he has the community to deliver to the boys and the 'right' person needs to be there to make it happen.

And with the press and the clubhouse appointed judges all in the pocket, the rights of a community exist only on paper.

Remember, one state has 50% of all election litigation in the country: New York State.

GCA has no grievance. So a judge violated GCA's rights to an objective hearing?

But, representatives of GCA appear to joyfully squash the free-speech rights of citizens at a tax-paid meeting of the Community Board.

I'll bet the judge who shit on the rights of GCA didn't behave like a barnyard animal, braying, stomping hooves, and stinking up the place while violating another citizen's rights.

Coming to a tax financed public meeting to further the private and political agenda rather than obeying the oath of office and protecting the citizens' constitutional rights is most disgusting.

Look for sympathy elsewhere. You reaped (not raped) what you sowed.

How do we take the DOB to task for failing to do their job if the city won't and citizens lack "standing" to do so?

"Most civic associations, such as the GCA, don't represent anyone except a few busybodies.

Here is someone who stayed awake during American History and Civics class in school.

"Observer".....you can't observe very much with your head up your butt and your brain running on micro voltage !

Your motor-mouth pronouncements can't drown out our laughter !

Anonymous said...
""Observer".....you can't observe very much with your head up your butt and your brain running on micro voltage !

Your motor-mouth pronouncements can't drown out our laughter !"

If that was arguing some point, it was not very logical.

If it was one butt-head to another, then your argument is full of shit.

GCA's first mistake, they hired Gabriel Tapalaga as their attorney. I believe the Juniper Valley Civic Organization made the same mistake on the dog issue.