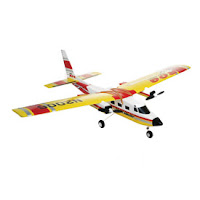 To control mosquitoes, the Health Department will apply larvicide by helicopter to marsh and other non-residential areas of Queens. Weather permitting, larvicide will be applied on Thursday, August 2, Friday, August 3, and Monday, August 6, 2007 from 6:00 A.M. to 9:00 P.M. each day. In case of bad weather, the Health Department will begin the morning of Friday, August 3 or the next possible day. While three days are allotted for this activity, the application may be completed in less time.

The areas to be treated appear below. These are marshy, natural areas, which are common breeding grounds for mosquitoes. Due to their size and difficulty to reach by ground vehicles, these areas will be treated with larvicide from a low-flying helicopter.

Linden Hill/College Point - Abandoned Flushing Airport
Marsh areas bounded by 20th Avenue to the North; 130th Ave and Ulmer Street to the West; Ulmer street and 28th Street to the South, and Whitestone Expressway to the East
11691, 11692

Edgemere/Somerville - Dubos Point and Edgemere Park
Marsh areas bounded by Norton basin to the East, Mott Point to the North, Grass Hassock Channel to the West, and Beach 65th Street, Decosta Avenue and Almeda Avenue to the South
11691, 11692

Thank you to Queens Civic Congress for passing along this info.
Posted by Queens Crapper at 12:03 AM

Finally the city is doing something about this. I got more mosquito bites when I lived in Flushing than I have since I moved to the tropics - Hawaii.

Me too! Every time my daughter and I leave the house we come back with at least three bites each . . . and the Joseph Devoy playground on Union Turnpike in FH is the worst - that place is infested with mosquitoes.

You'll be getting less mosquito bites but , possibly, more respiratory etc. problems....both you and your children.

And nobody really knows (or isn't talking) about the long term effects of spraying these toxins !

The original epicenter of the West Nile virus discovery was in my immediate neighborhood of north Flushing. Mayor Ghouliani, in a knee jerk reaction, oversprayed this area of Queens in 1999. A few years later, I was diagnosed with a blood cancer, asthma, and neurological problems. While talking to neighbors, I discovered that others also had similar health problems.

I know this video on YouTube has been posted before but it speaks to the administration's insensitivity to potential health problems due to environmental factors (including the spraying of pesticides?): video

The point I am trying to make is an important one. Why are there no test groups being set up to monitor the health impacts of this spray program? Does this method of mosquito control cause harm to the environment and to the people in the neighborhoods where the spraying is carried out? Is the cure worse than the disease?

Also, why didn't Mayor Doomberg address my specific concerns. We pay taxes. The NYC Board of Health ignored the issues I brought up. The health department office of New York City received written inquiries from Councilman Tony Avella but he was stonewalled. Why were the concerns dismissed? Are political careers more important than people?

Aside from violating the Geneva Convention on purely humane grounds....

the use of POISON GAS is prohibited in war
because the toxic cloud can drift
off its original intended target
if the air currents shift suddenly!

The same has occurred in past aerial
West Nile Virus spraying by the city.

There were safer alternatives that were proposed
by scientist/biologists
and (conveniently) ignored by NYC .

Who has got the spraying contract.....a big political campaign contributer.....maybe ?

I'm going to send a notarized letter
(cert/mail ret/reciept) to:

The NYC Health Department
(copies to NYC Corporation Counsel, Mayor Bloomberg on down the line)
holding them legally responsible
for any future health problems that I might incur
as the result of the aerial spraying.

I advise everyone to do the same.....a deluge of such legal notices !

"I advise everyone to do the same.....a deluge of such legal notices !"

I agree. Unfortunately, it is too late for me!

Clinique, Alan & others-- as a Brooklyn resident who lived under Guiliani's mad war on... bugs, thank you for recalling how awful it was. HOPEFULLY the exposure we suffered does not effect us later but the shut up! trust us! aggression of the former Mayor was not reassuring.

Do any ya'll remember also, there was a woman (I think) who was on a payphone in Hell's Kitchen late at night when one of the pesticide trucks drove by spraying. If i remember correctly, it hadn't been scheduled but she got BLASTED up close.

I also remember Jim Knipfel of the then estimable New York Press did quite a few serious articles about the spraying; to little effect, ultimately, but all we can do is fight (again.)

#1 & #2: I'm sorry you are being bitten but there are better/safer methods to help you than blanket spraying.

Maybe we can all make them PAY for what they've already done to everyone and support your cause and case.

Sometimes I think the real purpose of spraying the old Flushing Airport site is.....

Shoppers hate being bitten by bugs
while they're busy lugging a cumbersome
50" flat screen TV to their cars in the parking lot .

It's bad for business.
H-m-m-m.....that's a rather perverse motive!