Police made a stunningly gruesome discovery in Queens yesterday: the body of a bound and murdered man who had his penis sliced off.

The emasculated victim was found at about 1:15 p.m. in the living room of the top floor at 436 Beach 69th St. in the Rockaways, cops said.

A Queens man brutally beat his own mother to death with a barbell last night, police said. 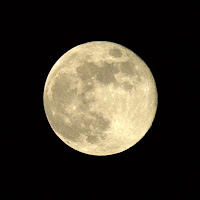 July 29, 8:48 p.m. EDT - The Full Buck Moon, when the new antlers of buck deer push out from their foreheads in coatings of velvety fur. It was also often called the Full Thunder Moon, thunderstorms being now most frequent. Sometimes also called the Full Hay Moon.
Posted by Queens Crapper at 8:42 AM

This reminds me, whatever happened to Moon Mullins?

The one in Fresh Meadows had shades of Kitty Genovese !

The downstairs neighbor who heard the vicious argument didn't summon the police in the early stage!

I wonder if 911 would have responded !

My neighbor called 911 last month to break up a serious fist fight across the street where someone had just picked up a large rock with the intent (perhaps) of inflicting fatal damage !

The 911 operator asked the caller if he saw a gun.

When the caller replied that he didn't, the police were never dispatched.....but luckily the fight had subsided by then !

Thank God a politician was not involved. HE would be the victim if you believe the press.