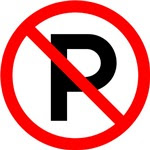 Mayor Michael Bloomberg is taking the first steps in cutting back on a cushy political perk: permits that allow city workers to park in no parking zones.

The city has got to clean up its act before it it introduces congestion pricing," said former city Transportation Commissioner Sam Schwartz.

Schwartz is thriled with the mayor's congestion-pricing plan, but what he really likes is that Bloomberg also intends to strip thouands of city workers of their "park-on-city-streets-free" parking permits to help unclog the streets.

"They park with impunity," Schwartz said. "They illegally park all over the City Hall area, parts of Midtown, parts of the meatmacking district. Government workers have taken over these communites. They block lanes, causing trucks to double park."

Sources say the mayor is currently studying how many of the estimated 150,000 permits should be eliminated, but a tour of lower Manhattan on Tuesday told the tale.

"Lower Manhattan has become the Wild West of parking," Schwartz said. "Everybody violates the law."

Thanks to "Ring" for the scoop.
Posted by Queens Crapper at 12:21 AM

The very first place to look should be the placards given to all of the cops.

In certain areas of Manhattan, every parking space marked, "NO PARKING 8AM-6PM" becomes an automatic free parking space for every cop with one of these dashboard signs.

An excellent example is the south side of E.22 Street between Lexington and 3rd Avenues. Every single car has one of those. And if a car is parked there without a placard? Summons!!

Yeah. The Commissar really will eliminate these 150,000 permits.

That's because it will reduce some of the congestion he claims he wants controlled.

Naturally, the first persons who he will demand surrender their permits will be his "Precious People". Just watch.

Then he will announce that his "Congestion Tax" scam is dead.

Let's see if Bloomie does this, the precious city employees will be ticked.

I think Mayor Nanny Bloomie is a very arrogant man. I also highly doubt he rides the subway that much. He's the mayor, I want someone driving him around so he can work and make calls and stuff. New Yorkers shouldn't want him wasting all that time on the subway.

We all have to wonder what Bloomberg is really thinking of with this congestion pricing tax scheme. Maybe he mostly just wants a new tax. Just wrap it up in ‘concern for the environment’, and then people can just demonize those who oppose it.

If he cares so much about traffic jams, congestion and air pollution, why does he let Park Avenue be blocked off? Why doesn’t he do anything about that?

It's true, Pershing Square Restaurant blocks Park Avenue going South at 42nd St. for about 12 hours a day/5 months of the year! This Causes Massive Congestion and Air Pollution!

But apparently it does not bother NYC’s Nanny-in-Chief Mike “Congestion Pricing Tax” Bloomberg?

It certainly supports his claim that the city is hugely congested.

Check out the map! Tell your friends!